"With each instance of vandalism, part of our Nation's heritage is lost forever."

An ancient petroglyph panel in Big Bend National Park was "irreparably" damaged after visitors scratched their names into the rock last week.

The vandals etched their names and the date into the panel of prehistoric art in the Indian Head area of the remote West Texas park on Dec. 26, according to the National Park Service.

"Big Bend National Park belongs to all of us. Damaging natural features and rock art destroys the very beauty and history that the American people want to protect in our parks," the Park Superintendent Bob Krumenaker said in a statement. "With each instance of vandalism, part of our Nation's heritage is lost forever."

Officials at Big Bend National Park are asking anyone with information about the vandalism of the rock panel to contact them or law enforcement.

Park officials also said that visitors who run across vandalized rock art in the future should not attempt to clean it up themselves.

"Trained staff will attempt to mitigate the damage as quickly as possible, using highly specialized techniques," park officials wrote in a statement. "Staff have already treated the most recent vandalism at Indian Head, but much of the damage is, unfortunately, permanent."

The graffiti follows a pattern of increased vandalism in the park recently. The NPS said park archeologists have documented more than 50 instances of vandalism since 2015.

Big Bend National Park sits along the Texas and Mexico border and is known for its vast open space, canyons, pictographs, and even hot springs. Along with the impressive natural landscapes, the park is filled with 31 species of snakes and 22 species of lizards along with animals like mountain lions, bobcats, and black bears, according to the NPS.

It's imperative to tread lightly when visiting natural sites. In fact, the NPS said damaging park resources can actually be a violation of a code of federal regulations. When visiting a national park, travelers can minimize their impact by doing things like keeping their distance from wildlife and sticking to hiking trails. 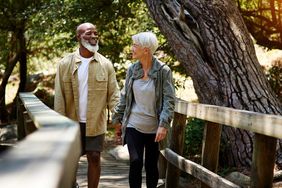 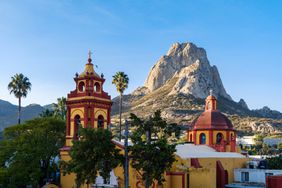 8 Charming Mountain Towns in Mexico to Visit for Hiking, Crafts, and Incredible Food 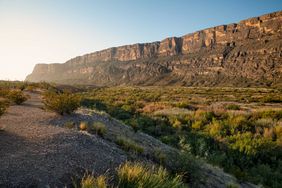