The airline canceled even more flights on Tuesday and Wednesday.

Spirit Airlines continued to cancel hundreds of flights into Tuesday and Wednesday, as exacerbating "operational challenges" have plagued the carrier since earlier in the week.

"We're working around the clock to get back on track in the wake of some travel disruptions over the weekend due to a series of weather and operational challenges," Spirit told Travel + Leisure in a statement on Monday. "We needed to make proactive cancellations to some flights across the network, but the majority of flights are still scheduled as planned."

Problems started over the weekend when Spirit was forced to cancel hundreds of flights and delay dozens more, The Associated Press reported, especially at Florida airports. An airline spokesperson told ABC News that the cancellations were due to a "perfect storm," of weather issues, staffing shortages, and crews no longer able to fly because they hit their hourly limits.

By Tuesday, Spirit's flight attendant union reported an IT outage that affected flight crew schedulers for more than an hour, according to CBS News.

Frustrated passengers took to Twitter, many complaining they were stranded due to their flight being canceled and long wait times to get in touch with customer service.

But Spirit was not alone. American Airlines was also forced to cancel more than 500 flights on Monday, or nearly 20% of its daily schedule, ABC News reported, blaming bad weather on Sunday in the Dallas/Fort Worth area.

The cancellations come as American travelers continue to take to the skies in numbers that rival pre-pandemic travel this summer. More than 2 million people passed through U.S. airports each day on Thursday, Friday, Saturday, Sunday, and Monday, according to the Transportation Security Administration.

And Americans who are traveling this summer are expected to spend even more on their vacations than past summers to make up for lost times. 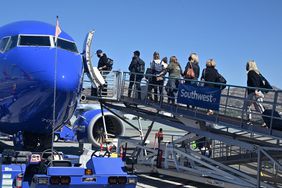 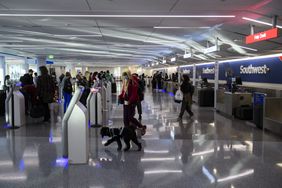 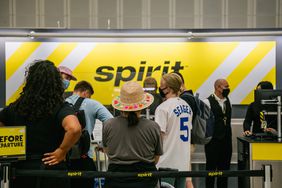 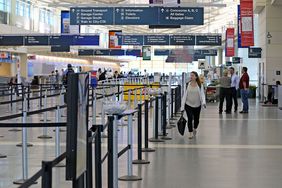