The new policy applies to all existing flight credits.

On Thursday, the airline announced the policy change, noting the change is part of its ongoing commitment to enhancing customer experiences. In a statement, the company explained that customers will now see a placeholder expiration date of Dec. 31, 2040, on valid flight credits, and will remove the date altogether later this year.

"The more than 62,000 people at Southwest share a renewed pride in our unmatched access to flexibility that once again reshapes the landscape of Hospitality and value in the industry," Bob Jordan, chief executive officer of Southwest Airlines, shared in the statement. "Flight credits don't expire aligns with the boldness of a philosophy to give our customers definitive simplicity and ease in travel, just like bags fly free, just like no change fees, just like points don't expire — they're a first-in-our-industry combination of differentiators that only Southwest offers."

The new policy applies to all currently valid, existing flight credits. No action is required by customers, all travelers will need to do is rebook when possible.

This change, the airline added, is just a single part of a larger series of upgrades.

"We repeatedly leaned in during the pandemic to give our customers more time to use their flight credits beyond a full year, which was our previous policy," Tony Roach, vice president of customer experience and engagement at Southwest Airlines, added. "Introducing this change in our policy is part of a massive effort to improve the things that are most important to our customers."

Of course, there is still some fine print, though as far as fine print goes — it's pretty simple.

According to the airline's statement, flight credits for non-refundable fares will be issued as long as the reservation is canceled more than 10 minutes prior to the scheduled departure, and a flight credit with an expiration date on or before July 27, 2022, has expired in accordance with its existing expiration date, which means those with pandemic-era cancellations or flight changes are out of luck.

It's not the only major flight credit change the company has made this year either. In March, Southwest announced the addition of a new fare class, the Wanna Get Away Plus fare, which allows passengers to gift unused flight credits.

"The airline industry, in our perspective, is a repeat purchase business. Andrew Watterson, Southwest's executive vice president and chief commercial officer, said in an address in March. "And a positive experience with a quality product brings customers back for the next flight." 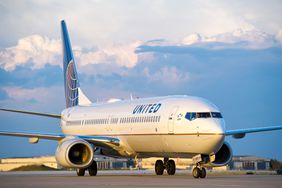