As Kermit the Frog once said, "It isn't easy being green." But if being green involves hanging out on a lily pad, we'll take it any day.

At Shuangxi Park in Taipei, Taiwan, visitors can enjoy some time on the water living like the frogs do by hopping on giant lily pads during a special exhibition held by the City Parks and Street Lights Office (PSLO), Metro reported.

These Gorgeous, Giant Lily Pads Are Back 10 Years After Everyone Thought They Went Extinct

Huge Victoria Water Lily leaves are so large that small adults and children up to about 140 pounds can actually sit on them. The Horticulture Management Division for the city told Taiwan News that staff members have been caring for the rare plants to shield them from damage from weather and animals in the area, and some pads have grown to over five feet in diameter.

Why You Can No Longer Book a Flight From the U.S. to Taiwan

Since the plants are rare and deceptively delicate, people are only allowed to "sit" on the pads for about a minute before moving on. Staff also puts down a plastic barrier to protect the leaves, Metro reported.

The office has been holding similar events since 2014 that were well received, according to Taiwan News, but this year might be the last year they hold the event due to climate conditions and an inordinate amount of pests inhibiting the leaves' growth.

"Cutworms and snails will eat the plants. If we don't fight them, the leaves would be cut off while they are still small. There would be many tiny holes in the leaves, rendering them unable to grow," PSLO officer Lin Chao-Chin told Metro.

However, the office is still holding 12 sessions to allow people to sit on the leaves, which began on the morning of Aug. 14. There will also be sessions on Aug. 16, 18, 21, 23, and 25. There will be two open sessions, one beginning at 9 a.m. and one beginning at 2 p.m., Taiwan News reported. Only up to 60 people will be allowed for each session.

More information on registering for sessions and visiting the park can be found on the event's website. The website is in Chinese and requires Google Translate for non-speakers. 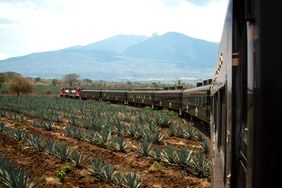 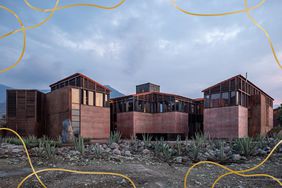