The Sapporo Snow Festival, an annual event in Hokkaido, Japan, is known its towering sculptures and snowball fights — but this year, the festival was forced to import its snow after a year of abnormally low snowfall and warm temperatures.

CNN reported that, despite the lower-than-usual snowfall and number of visitors, more than 200 snow sculptures were on display during the 11-day festival. These sculptures usually require about 30,000 tons of snow. This year, the powder was brought in on trucks from as far away as Niseko (about 37 miles).

The snow sculptures on display included a gigantic cup of Ramen noodles, a tribute to "Star Wars," and a 50-foot tall replica of Warsaw’s Lazienki Park, created to commemorate 100 years of diplomatic relations between Japan and Poland.

Some concessions were made because of the lack of snow. The extra-long snow slide was about 100 feet shorter than in previous years.

The festival, which ended on Tuesday also saw a dramatic drop in attendance amidst fears of the coronavirus outbreak, The Japan Times reported. A little over 2 million attended, which is about 716,000 fewer than last year which was an all-time high record number of attendees.

Organizers of the festival had anticipated fewer visitors this year after a sudden mass cancellation in hotel bookings after the coronavirus epidemic broke out. Local elementary schools also canceled their traditional visits to the festival as a safety precaution.

The more than two million visitors who did attend the festival were asked to wear surgical masks and use disinfectants. 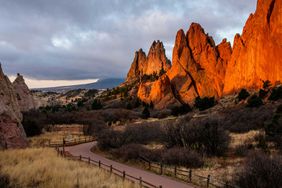 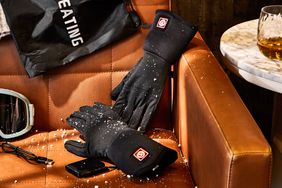 The 5 Best Heated Gloves of 2022, Tested and Reviewed