They claimed they were able to pinpoint the exact location of Peter and Wendy’s home using details found in J.M. Barrie’s book, along with information found in the 1953 animated film. They took details like fly to the “second star to the right, and straight on till morning,” along with the location of famous London landmarks in the film to estimate which direction Wendy and Peter were flying.

Using the film’s illustrations of the wildlife and environment of Neverland, they further narrowed down their search. And finally, the team used Captain Hook’s history with Blackbeard the Pirate to align the location where he may have sailed to find the fountain of youth. So where did they determine Neverland sits? Right off the coast of Belize.

Specifically, they say Neverland can be found on the Turneffe Atoll.

While the theory is cool, what’s even cooler is that the country of Belize is wholeheartedly welcoming the idea that they are the place where you can go and never grow old. Now, the Belize Tourism Board is looking to send one lucky duo on a free, five-day vacation to the real-life Neverland.

But, there’s a catch: The pair must be named Peter and Wendy.

So, if your name is Peter, find a friend named Wendy, and email BelizeNeverland@gmail.com by May 14, 2018. You’ll be entered to win a trip to Neverland, er— Belize. That’s it.

Of course, if you really want to travel to Neverland all you have to do is think happy thoughts. 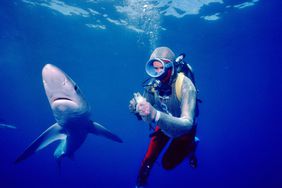