No longer will it be possible to zip down Parisian roads and admire the city from the back windows of a speeding taxi as Paris just lowered its speed limit in an effort to reduce pollution and improve air quality around the city.

Vehicles can no longer surpass a speed of 30 kph (less than 19 mph) when driving around Paris, after a new limit went into effect on Monday, The Associated Press reported. City authorities say it's part of an effort to reduce pollution, accidents, noise and make Paris more pedestrian-friendly.

However, critics of the new rule say that reducing the speed limit will only increase rush-hour traffic jams. And those who rely on their vehicles, like taxi drivers and delivery people, are not too happy.

"People take a cab because they're in a hurry," Karim Macksene, a taxi driver, told The AP. "At 30 kph, they might as well walk."

The rule is in effect on most of Paris's medieval cobblestone streets. But on Paris's wide avenues, like the famous Champs-Elysees, vehicles will be able to drive at faster speeds.

Support for the new speed limit is at 59% of city residents, according to a poll by the Parisian City Hall. But when the poll asked residents of Ile-de-France — the larger region that surrounds and includes Paris — support dropped to 39%, CNN reported.

Already, Parisians are getting used to cycling around town. For some journeys, it's already been quicker to take a bicycle than a car. But those who live in the suburbs still rely on their cars to access the city.

And the city will only continue its mission to encourage citizens to step away from their vehicles. Paris plans to eliminate 60,000 of the city's 144,000 parking spaces on public roads and will install wider sidewalks, new bike lanes, and more greenery in their place. 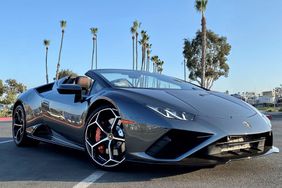 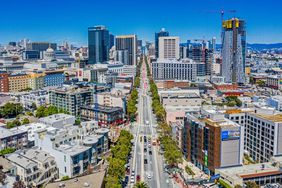