A one-way travel corridor was opened in October.

Australians will likely be able to visit New Zealand in the beginning of next year, according to reports, months after the countries opened a one-way travel corridor between them.

The new travel bubble will be contingent on certain circumstances, like ensuring Australia goes 28 consecutive days without community transmission, the Australian Broadcasting Corporation reported. It will also have to be approved by Australia’s cabinet, Reuters noted.

“It is our intention to name a date ... in the New Year once remaining details are locked down,” Prime Minister Jacinda Ardern said at a news conference in Wellington, according to Reuters.

The decision to extend the travel bubble between the two countries comes months after Australia started letting Kiwis vacation quarantine-free. The “Trans-Tasman Bubble,” which opened in October, still requires New Zealanders to quarantine when they return home from Australia.

It also comes after New Zealand agreed to open a two-way, quarantine-free travel corridor with the Cook Islands by March, the wire service reported.

Both Australia and New Zealand have tackled the coronavirus pandemic head on with strict lockdowns, allowing the countries to keep their cases relatively low. Australia has reported just over 28,000 confirmed cases of the virus, according to Johns Hopkins University, putting cities like Melbourne under lockdown to stop the spread.

New Zealand has reported just under 2,100 confirmed cases of the virus and responded to even small outbreaks with strict measures to stop it in its tracks.

Australia and New Zealand aren’t alone in considering a travel bubble. Hong Kong and Singapore were expected to open a travel corridor between them, but CNBC reported it was postponed until next year amid rising cases in Hong Kong.

In the meantime, New Zealand, which happens to be one of the first countries to ring in the New Year, is inviting people across the globe who had a disappointing 2020 (haven’t we all?) to welcome 2021 by donating a tree to its Forest of Hope. 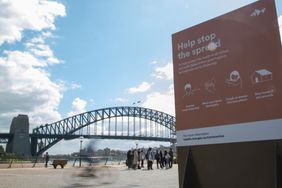 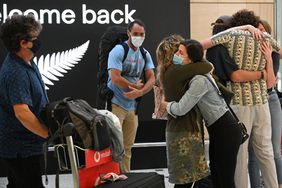