Thankfully the famous work was not damaged.

A man disguising himself in a wig while sitting in a wheelchair threw a piece of cake at the famed Mona Lisa painting in the Louvre Museum in Paris over the weekend to apparently raise awareness for the environment, The Associated Press reported.

Although the frosted cake hit the glass protecting Leonardo da Vinci's painting, the famous work was not damaged.

Prior to the cake-smearing incident, the man could be seen throwing roses in the museum gallery while sitting in a wheelchair and wearing a wig and lipstick.

The 36-year-old man, who was detained after the display on Sunday, was transferred to a police psychiatric unit, the wire service reported, citing the Paris prosecutor's office.

This isn't the first time the Mona Lisa has been involved in a startling incident in its 500-plus years.

In 1911, the painting was stolen by an employee who had briefly worked at the Louvre fitting glass on paintings, including on the Mona Lisa, according to Encyclopaedia Britannica. It was discovered two years later when someone tried to sell it in Florence.

The painting was also damaged in an acid attack in the 1950s, according to the AP. And in 2009, a Russian woman threw a ceramic cup at it (but didn't harm the glass or painting) after she was not able to get French citizenship.

In 2020, someone paid 80,000 euros (about $98,000 at the time) to see the Mona Lisa outside of its case during an intimate viewing when it was removed for its annual inspections. And this summer, travelers who head to Marseille, France, can see an immersive digital show dedicated to the painting.

For those who can't get to France, art lovers can check out the Louvre's entire art collection online with more than 480,000 works, including the Mona Lisa. 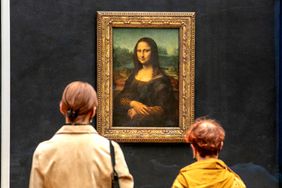 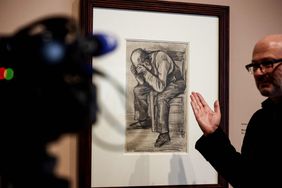