This European Island Nation Will Pay Tourists to Visit This Summer

The higher the hotel class you book, the more you can earn.

Want to make some money while on summer vacation?

In order to jumpstart its tourism economy, Malta announced a scheme on Friday to encourage independent travelers to stay in its hotels starting in June.

According to the official release, the Malta Tourism Authority will pay each visitor who books a three-night stay directly with select three- to five-star hotels on a scaled basis. Those who stay at a five-star property will get €100 (about $119) per person on every booking, while guests at four-star hotels will earn €75 (about $89) and visitors at three-star hotels will score €50 (about $60).

Tourism Minister Clayton Bartolo added that those amounts will be matched by the hotels, doubling them at every level, so that visitors can earn up to €200 (about $238) for their three-night stay at a five-star hotel, Reuters reported. And those who go to Malta's smaller island of Gozo will get an additional 10% incentive on top of that.

Currently, Malta is still in a partial pandemic lockdown, with the first steps toward reopening starting today (childcare, kindergartens, and primary schools are reopening, and visits to elderly homes are allowed again). Nonessential shops and services will reopen on Monday, April 26, the same day groups of up to four will be able to gather in public, according to the Malta Tourism Authority's site.

But the biggest date on the calendar is Tuesday, June 1, when they will officially open to travelers. After all, 27% of the nation's economy comes from tourism, according to World Travel and Tourism Council data. The country saw 2.7 million visitors in 2019, but that number dropped by 80% when the coronavirus pandemic hit, Reuters reported.

The CDC currently has Malta at a level 4 "very high level of COVID-19" advisory, telling Americans to avoid all travel to the nation. The country has had 29,614 COVID-19 cases and 402 deaths since the beginning of the pandemic, according to Johns Hopkins Coronavirus Resource Center data. According to Reuters, 42% of its adults have received one dose of the vaccination, the highest rate in the European Union. 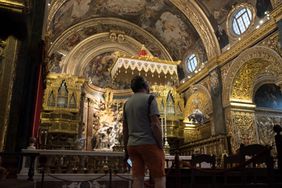 Malta Is Officially Reopen to All Vaccinated American Travelers 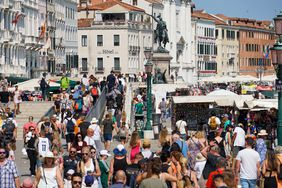 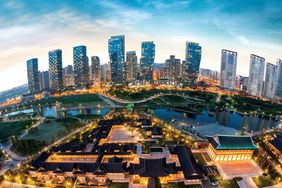