The last plane sporting Virgin America’s iconic script and red and white color scheme is being repainted, marking the end of an era for the low-cost carrier.

The final livery repainting was inevitable, although belated. Alaska Airlines acquired Virgin America in April of 2016, and the companies fully merged in 2018. The complete rebranding of the Virgin America planes is now at hand.

The last plane painted in the Virgin America livery is currently at Victorville-Southern California Logistics Airport, where it will be repainted to match the Alaska brand, The Points Guy reported.

The plane is an Airbus A321neo that was originally operating transcontinental flights for Virgin America. Once the plane departs the hangar with its new Alaska livery, the only remaining signs of Virgin America will be certain cabins that have not yet been retrofitted by Alaska. Cabin retroffing is next on the docket for Alaska, which plans on updating old Virgin interiors by early next year.

While Alaska retired the Virgin America brand, the company did absorb certain aspects of the airline, including newer lounges, improved on-board lighting, and healthier in-flight meals. 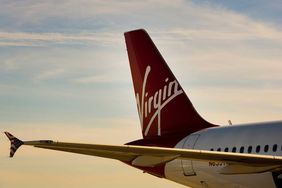 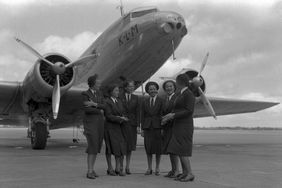