JetBlue Airways agreed to buy Spirit Airlines — for $3.8 billion — on Thursday in a merger that will make the airline the fifth largest in the United States.

According to JetBlue's announcement, the newly combined airline will now grow to a 458 aircraft fleet, and will fly to more than 125 destinations in 30 countries. The merger will also give JetBlue a stronger foothold in key markets, including notably in Orlando and Fort Lauderdale, where the airline said it would retain a support center.

"We are excited to deliver this compelling combination that turbocharges our strategic growth, enabling JetBlue to bring our unique blend of low fares and exceptional service to more customers, on more routes," Robin Hayes, the chief executive officer of JetBlue, said in a statement, adding, "By enabling JetBlue to grow faster, we can go head-to-head with the legacies in more places to lower fares and improve service for everyone. Even combined with Spirit, JetBlue will still be significantly smaller than the Big Four, but we'll be much better positioned to bring the proven JetBlue Effect to many more routes and locations."

JetBlue said the merger, which is subject to regulatory approval, is expected to close by the first half of 2024. The two airlines will continue to operate independently until the merger is officially closed.

The agreement comes hours after fellow low-cost carrier Frontier Airlines terminated its deal to buy Spirit, according to a statement. The airlines had previously agreed to merge and create "America's most competitive ultra-low fare airline."

Ted Christie, the president and chief executive officer of Spirit, said in a statement on Thursday the JetBlue sale would "create the most compelling national low-fare challenger to the dominant U.S. carriers."

"Bringing our two airlines together will be a game changer, and we are confident that JetBlue will deliver opportunities for our Guests and Team Members with JetBlue's unique blend of low fares and award-winning service," Christie added. 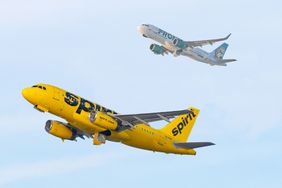 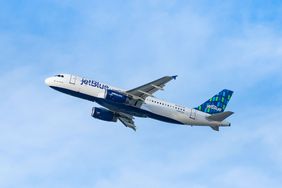 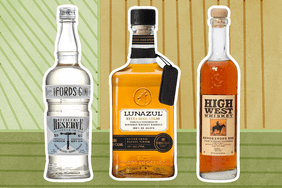 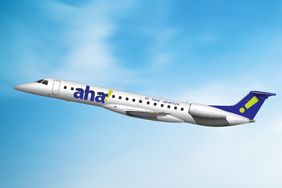