India Is Transforming Its Train Cars Into Temporary Coronavirus Hospitals

If approved, each of India’s 16 railway zones will convert 10 of its coaches into isolation wards every week.

As countries across the globe continue to respond to the coronavirus pandemic, India announced it will repurpose its famous railway carriages as makeshift isolation wards.

In a statement over the weekend, Indian Railways announced it had already converted one train carriage into a prototype quarantine facility, according to Reuters. If the prototype is approved, each of India’s 16 railway zones will convert 10 of its coaches into isolation wards every week to help alleviate pressure at hospitals around the country.

Quartz India reported that the railway company has removed the middle and top berths from its sleeping car to comply with government pandemic measures. It is unclear how many patients each car will be able to accommodate.

The “isolation carriages” show privacy curtains across entrances to each of the cabins. Medical equipment and necessary additions like mosquito nets have been placed in each of the isolation rooms.

COVID-19 patients are supposed to be kept in individual rooms to prevent multiple exposures to the virus. However, in a pinch, beds can be kept at least three feet apart.

The railway workshops will also begin making hospital beds and other supplies needed for hospitals’ coronavirus isolation wards, the railway posted on Twitter.

Last week, Indian Prime Minister Narendra Modi ordered the country’s population of 1.3 billion to stay indoors for three weeks, triggering the world’s largest lockdown. Businesses have been ordered to close and all interstate travel has been banned. As such, Indian Railways has suspended its service as part of the lockdown until April 14.

Other train cars will be used to deliver necessary goods and food across the country.

India has confirmed 1,071 cases of coronavirus and 29 deaths, according to data from Johns Hopkins University.

The U.S. is also adapting its transportation to deal with the increase of hospital patients during the COVID-19 pandemic. Earlier this month, the Carnival Corporation offered its cruise ships as temporary floating hospitals during the outbreak. 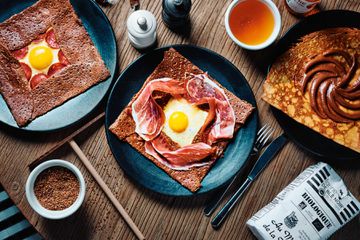