Iceland Is Using Its Pandemic Downtime to Improve Its Roads, Parks, and Natural Wonders

Iceland is investing millions to make tourism better in the future.

With international leisure travel pretty much at a standstill, Iceland is using its pandemic downtime to make some major upgrades to its tourist infrastructure.

The Icelandic government is putting more than $12 million into improving roads, preserving popular sites, and revamping facilities at national parks, The New York Times reports. The government had already been planning to enhance its tourism infrastructure, but decided to double down on its efforts as the pandemic has kept visitors away.

Before the pandemic, the country had become something of a poster child for overtourism. Between 2013 and 2017, Iceland was the place to vacation and to be seen vacationing. Its waterfalls, volcanoes, and steamy outdoor lagoons were all over Instagram.

Iceland’s rapidly rising popularity came at a cost. The country was forced to shut down Fjadrargljufur Canyon after Justin Bieber filmed a music video there, triggering an influx of tourists so large that environmental damage became inevitable. In 2019, the canyon, located in southern Iceland about 43 miles from the black-sand beaches of Vik, said it would only open for five weeks each year because of the environmental damage being caused by visitors.

Iceland went as far as considering limits on the number of visitors it would allow or instituting new tourism taxes to curb demand.

In a sense, the pandemic is giving Iceland a chance to catch up, and Iceland is taking it. Its latest tourism investments have two goals: making it easier to accommodate more visitors and preserving and protecting its most popular sites.

Iceland is working to ensure its most famous attractions “will not be worn down when we get the visitors back,” Skarphedinn Berg Steinarsson, director general of the Icelandic Tourist Board, told The New York Times. 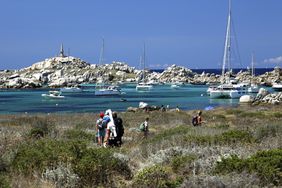