How Anthony Bourdain Encouraged Us All to Be Better Travelers

"As you move through this life and this world you change things slightly, you leave marks behind, however small. And in return, life — and travel — leaves marks on you."

I had never seen anybody actually walk into a room like a cowboy. A few months ago, I was sitting in an old school German restaurant in New York City with the sun pouring in at blinding angles. I was squinting from the light and physically pinching myself. I was waiting to interview Anthony Bourdain.

In something almost like slow motion, the heavy wooden door swung open and his larger-than-life silhouette entered, moving with gravity across the floor. The shadow said, “Hello,” in a voice so deep and gravelly, it was almost cartoon. Anthony Bourdain was this looming, mythic figure.

But he could make himself disappear. A few months earlier, a friend had invited me to a party where Bourdain was rumored to be in attendance. Despite his size (6’4”), you couldn’t see him if you weren’t looking for him. He was inconspicuous: drinking a beer, leaning between the bar and a wall. He kept disappearing to smoke cigarettes outside. He would silently reappear in a corner of the party in some small conversation.

He appeared to embody all the pillars of a seasoned world traveler: He walked with confidence but let others do the important talking. “I like being the stupidest person in the room,” he said in an interview. More than anything, he seemed eager to learn. “Perhaps wisdom ... is realizing how small I am, and unwise, and how far I have yet to go,” he once said.

Anthony Bourdain was a character. He could rattle off one-liners like ticker tape. He once referred to unicorn frappuccinos as “the perfect nexus of awfulness” and himself at the airport security line as a “recidivist criminal.” (His pet peeve at the airport was “people who are not ready for the x-ray machine. They said no liquids and gels, motherfucker.”)

At times, his show was laugh-out-loud funny. His ability to extend empathy to unforgiving places — from war-torn Lebanon to Trump-era West Virginia — was marvelous. He embodied an incredible dichotomy, which made him an incredible traveler.

Each episode of “Parts Unknown” felt like a dare to be more daring. “I’ve long believed that good food, good eating, is all about risk,” he once said. “Whether we’re talking about unpasteurized Stilton, raw oysters or working for organized crime ‘associates,’ food, for me, has always been an adventure.”

Every time I faced down a plate of intimidating foreign food, the two words on my mind were “Anthony Bourdain.” I, naively, considered this unique until a fellow journalist muttered “be like Bourdain” over a plate of sheep’s head in Morocco. If nothing else, it’s irrefutable that Anthony Bourdain has inspired millions of people to try “scary” foods. But his influence was far wider than that. Even Anderson Cooper spoke about how his perspectives on travel and food changed after eating with Bourdain.

In his show, Bourdain highlighted the things that were disappearing: the hand-made noodles of Hong Kong, old Cuba as it opened up to Americans, the traditional cuisine of Singapore. And when not filming, he himself tried to disappear. “When I’m on vacation, I live a very different life,” he said in an interview. “I want to forget who I am and I want to go to places where no one knows who I am.”

He once described travel as “the gorgeous feeling of teetering in the unknown” but he also loved the feeling of doing laundry at home.

“Travel changes you,” he once said. “As you move through this life and this world you change things slightly, you leave marks behind, however small. And in return, life — and travel — leaves marks on you.”

I am a better traveler for having watched Anthony Bourdain. He was an awe-inspiring personality that understood sometimes the most valuable thing a traveler can do is just shut up. His 16 years on television made his audience more adventurous, more understanding and more Bourdain-y.

Those who wish to drink to his memory can order his favorite airplane cocktail: “Scotch on the rocks. They can’t fuck that up.” 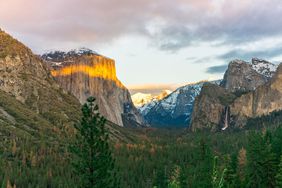 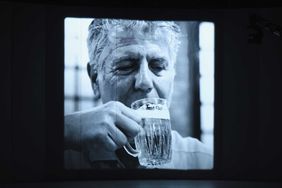 47 Anthony Bourdain Quotes That Will Inspire You to Travel More, Eat Better, and Enjoy Life (Video) 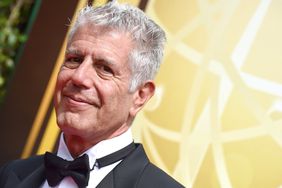 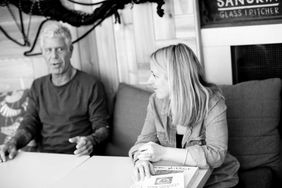 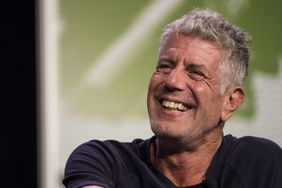 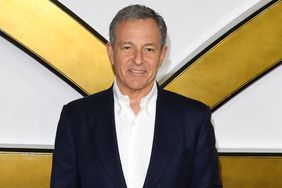