Herb Kelleher, the founder of Southwest Airlines, died at the age of 87 on Thursday morning, the company announced in a statement on its blog.

The eccentric businessman, born in New Jersey in 1931, served as Southwest’s Executive Chairman from March 1978 to May 2008 and as President and CEO from September 1981 through June 2001, according to the company blog.

Kelleher incorporated Air Southwest, Inc. with Rollin King in 1967, but after some legal battles and a name change in June 1971, Kelleher officially founded Southwest Airlines, a low-cost, Texas-based airline.

“One of the greatest joys of my life has been working alongside Herb for more than 30 years. His stamp on the airline industry cannot be overstated. His vision for making air travel affordable for all revolutionized the industry, and you can still see that transformation taking place today,” said Southwest CEO Gary Kelly. “His true impact can only be accurately measured by the hearts and minds of the People who he inspired, motivated, and engaged on a daily basis.”

The popular airline is famous for its affordable prices and easygoing policies, like never charging to check bags or change your booking. This has made the airline stand out against its competitors as many people’s carrier of choice.

Kelleher himself is also famous for his big personality. According to USA Today, many people in the industry have amusing and endearing stories to tell about him. He also used his playful presence for the company’s advantage, once appearing in a commercial with a bag over his head when a competitor said people should be “embarrassed” to fly on “no frills” Southwest, according to USA Today.

Kelleher even stood barefoot on a Southwest plane for an official photo shoot, CNN reported.

“Herb was a Freedom Fighter. He revolutionized the skies...Herb was a Pioneer. A Maverick. An Innovator. He celebrated and exemplified the esprit de corps of the Southwest People with such vigor that the spirit has grown exponentially,” it said on the company blog.

President Emeritus Colleen Barrett said that Kelleher “always supported me and always treated me as his complete equal. His generosity and inclusion from the very beginning allowed me opportunities and experiences that have been my guiding lights.”

Kelleher himself is also quoted on the blog, saying, “It is my practice to try to understand how valuable something is by trying to imagine myself without it.” He is survived by his his wife, Joan, three of their four children, several grandchildren, and “his pride and joy, the Employees of Southwest Airlines,” the company said. The cause of death has not been published.

The full company statement can be read on the Southwest Airlines community blog. 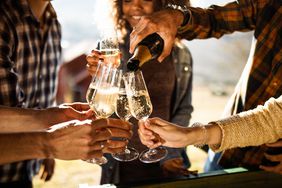 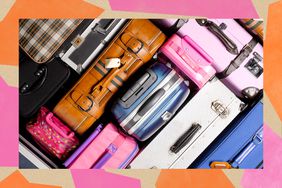