Marseille, for example will only allow 500 visitors a day compared to its typical 3,000.

Europe has been dealing with tourists and overcrowding for years, and towns in France are taking a stand, implementing quotas and reservation systems at some of the most popular sites throughout the countryside.

The new provisions to avoid crowds, which vary by destination, come as several areas have reported damage to local plants and animal life as well as complained of general overcrowding following relatively quiet periods when travel was largely curbed during the COVID-19 pandemic.

Marseille, for example, has set up a quota and reservation system this year to visit the Calanque de Sugiton, according to the Metropolitan Office of Tourism and Conventions of Marseille. Reservations will be limited to 500 people per day, much less than the usual 3,000 people who typically arrive each day.

"Since its resounding success during the summer of 2020, the Calanques have been the victim of overcrowding in July and August," the tourist office wrote. "This damages the flora and fauna that are nevertheless protected in the park. To fight against this phenomenon, the PNN is launching an unprecedented action for a natural space: a system of daily reservations."

Additionally, the Metropolitan Tourist Office will redeploy an "Outside the Walls" system in which "50 trained seasonal workers will be stationed in the busiest spots in Marseille, including the Calanques, in particular to manage flows, redirect visitors to less frequented places, and inform them about good practices for preserving the environment."

For its part, Region Sud, which includes the popular areas of Provence, the Alps, and the Cote d'Azur, has turned to technology to control crowds, partnering with the Waze app last year to manage the flow of traffic during peak times, according to its Regional Tourism Committee. The initiative has also been adopted by Normandy's Mont-Saint-Michel, France 24 reported.

"Too many people are in the same place at the same time when there are other magnificent places to discover nearby," Loïc Chovelon, the general manager of the Provence-Alpes-Côte d'Azur CRT, said in a statement. "Our whole innovative system has been designed to resolve these issues and we have found the right partners at the right time: Waze and CI-Media!"

And in Corsica, daily quotas have been adopted to protect the environment, including for the Lavezzi Islands, Restonica Valley, and Bavella Needles, Skift reported. Visitors will be required to make a reservation in advance with priority given to residents.

France isn't the only country in Europe that has taken steps to avoid overcrowding. Earlier this month, Venice detailed a new tourist fee for day-trippers that will be implemented in January 2023. 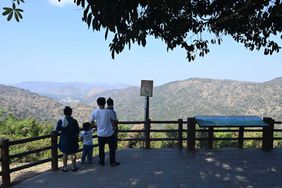 National Park in Thailand Mails Trash Back to Campers Who Littered 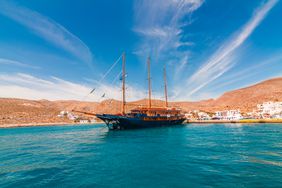