The cancellations have led into Monday following the New Year's weekend.

American travelers were left scrambling this weekend as an overwhelming amount of flight delays and cancellations continued throughout the country, leading into Monday.

More than 2,700 flights were canceled on Sunday within, into, or departing the United States, affecting several major carriers, including Southwest, American Airlines, JetBlue, and Delta Air Lines, according to FlightAware, which tracks cancellations. Around the globe, the cancellations extended to more than 4,400 flights.

The trend continued Monday morning with more than 1,900 flights having already been canceled within the U.S.

The cancellations are being blamed on weather and staffing shortages caused by the highly contagious omicron variant of the coronavirus, Reuters reported.

"A combination of issues, including but not limited to inclement weather in some areas of the country and the impact of the omicron variant, are driving cancellations," Delta wrote in a statement, adding the company was working "to mitigate constraints from increasing winter weather and the omicron variant."

Omicron has quickly become the dominant variant in the U.S., resulting in record cases reported throughout the country and forcing airlines to deal with flight crew issues. In New York, for example, more than 85,400 positive cases were reported on Jan. 1 alone, resulting in a 22.24% positivity rate, the state's Governor Kathy Hochul tweeted.

Sunday's problems marked the latest round of flight cancellations during the holiday period. Over the Christmas holiday weekend, United Airlines and Delta were each forced to cancel hundreds of flights, also blaming the impact of omicron on staff.

While the Transportation Security Administration said millions of Americans took to the skies over the Christmas and New Year holiday period, no single day surpassed the passenger numbers the agency saw on the Sunday after Thanksgiving when more than 2.45 million people passed through U.S. airports.

The emergence of omicron has had far-reaching effects on the travel industry, forcing the U.S. to update its entry testing policy and causing the Centers for Disease Control and Prevention to warn Americans against getting on a cruise ship, regardless of their vaccination status. 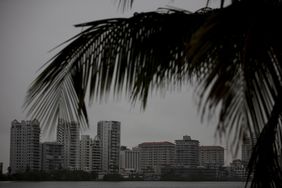 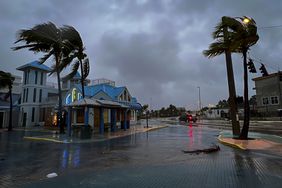