The FAA said it has identified several instances of non-compliance with minimum international aviation safety standards set by the United Nations.

It just got harder for Mexican airlines to launch new flights to the U.S.

The U.S. Federal Aviation Administration (FAA) has downgraded Mexico's flight safety rating to a Category 2 from a Category 1 — a change that will impact codesharing agreements and prohibit Mexican carriers from debuting new flights to the U.S.

Mexican carriers will be allowed to continue existing service to the U.S., but the FAA said that it "will increase its scrutiny of Mexican airline flights."

Delta president Glen Hauenstein said at a conference covered by Reuters that he was expecting the move to have limited impact on consumers. What it might do is restrict Aeromexico's ability to expand into the United States, he explained.

"So very little impact for our customers booking through Delta," he said, Reuters reported.

Delta does have a codeshare agreement with Aeromexico and will now have to remove its codes from the airline's flights. Codeshare agreements allow two or more airlines to market the same flight.

Even without the codeshare arrangement in place, however, Delta plans to allow travelers to continue accruing SkyMiles on Aeromexico flights, Reuters reported.

The U.S. previously downgraded Mexico's air safety rating in 2010, restoring it to a Category 1 about four months later. 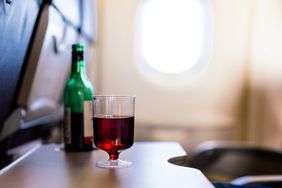