“The Empire State Building is the closest thing to heaven in this city.”

There are few New York City landmarks more romantic than the Empire State Building. Ever since Cary Grant and Deborah Kerr agreed to meet at the top of the building ("the closest thing to heaven in this city") in "An Affair to Remember," couples have flocked to the Empire State to celebrate romance.

And, in order to make the moment even more romantic, the Empire State Building is now offering couples the chance to book an exclusive VIP package that will sweep them off their feet.

The proposal package will dedicate a corner of the building's iconic 86th Floor Observatory just for the special moment that you get down on one knee — and even pop a celebratory bottle of Champagne when the answer is yes.

The "Happily Ever Empire" package also includes a private guided tour through the building's immersive exhibits (which recently underwent a complete overhaul) and the ability to access the 102nd Floor Observatory for photos in front of the New York City skyline — but you'll have to book the photographer separately on your own terms.

"There is no better place to celebrate love than the World's Most Romantic Building," Jean-Yves Ghazi, president of the Empire State Building Observatory, said in a statement. "The Empire State Building has played host to so many love stories in its history, and we are delighted to now offer an exclusive, romantic, and customizable proposal experience for couples from around the world."

The "Happily Ever Empire" package is available from $1,000 per couple. The package must be booked at least 24 hours in advance and there is a strict limit of only three engagement slots available each day.

And there's never been a better time to propose. The Empire State Building is celebrating its 90th anniversary this year — so you can cheers with your beloved to making it another 90 years together. 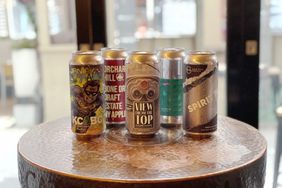 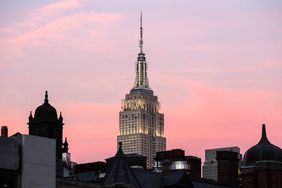 For One Night Only, You Can Sleep Inside the Empire State Building