If you want to go on Space Mountain, please, stay buckled up.

Disneyland had to temporarily close one of its most popular attractions, Space Mountain, this week after a man climbed out of one of the roller coaster cars while the ride was still in motion, ABC News reported.

The incident happened on Tuesday, but unfortunately, Disneyland park-goers were still unable to ride the indoor roller coaster as of Thursday.

According to The Orange County Register, the man, in his 20s, was uninjured but was guided to safety by employees in order to receive first aid and was taken to the hospital later as a precaution.

The man has some cognitive disabilities and was moving around in the dark during a slower part of the ride when he was able to get around the safety mechanism and climb out of the car, The Orange County Register reported. Once employees realized he was not in the car, they stopped the ride to find him.

Though it is extremely rare, rides occasionally do not function as they’re supposed to. For example, a roller coaster at Universal Studios in Japan malfunctioned back in May, leaving riders suspended upside-down.

But in this case, it seems the ride was functioning properly, though the man was still able to wriggle through the safety bar. And since Space Mountain is a higher-speed coaster with lots of twists and turns (in the dark, no less), it can lead to a very dangerous situation for people who don't remain properly strapped in.

Disneyland officials told The Orange County Register that the safety mechanism was properly engaged and that the man “used force” to get out of the roller coaster car.

According to Fox News, park officials are working with the California Division of Occupational Safety and Health to inspect the ride, and it will remain closed while the investigation is ongoing.

Jim Seay, past chairman of the ASTM International Amusement Ride Safety Standards Committee, told The Orange County Register that “everybody is a contributor to the safety of the ride. The actions of the individual are an important part of the ride safety experience.” 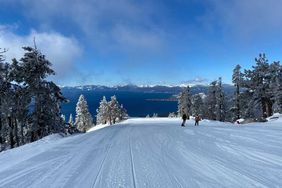 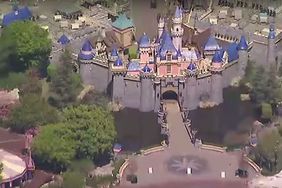 This Aerial Footage Shows What Disneyland Looks Like Totally Empty 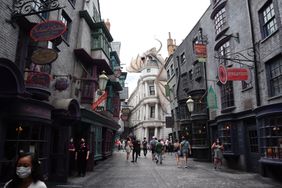 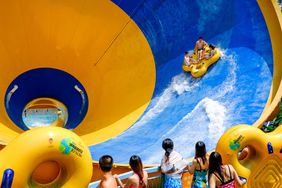