The Millennium Falcon may be the fastest ship in the galaxy, but the opportunity to be among the first to pilot it just flew even faster.

The timed entries, which give each guest four hours to try blue milk, visit Oga’s Cantina, and handcraft their own lightsabers on the far-flung Star Wars planet, guarantee entry into attractions and experiences on Batuu when the theme park land opens May 31st through June 23rd. Reservations were complimentary, but valid theme park tickets are required for admission.

Don’t arrive at Disneyland hoping to wait it out for a chance to pilot the Millennium Falcon in its first month. Guests will be unable to enter Star Wars: Galaxy’s Edge without advance reservations until June 24th, 2019, when a new “boarding pass” system will be utilized. (More details are forthcoming.)

Didn’t grab a complimentary reservation? You’re can still be among the first to step inside Star Wars: Galaxy’s Edge in its early days. Book a room at Disneyland Hotel, Disney’s Grand Californian Hotel & Spa or Disney’s Paradise Pier Hotel between May 31st and June 23rd and you’ll be guaranteed a four-hour window to experience the land. Valid park admission is required, and guests will receive one Star Wars land entry per guest on the reservation for the duration of their stay.

There is no way to purchase reservations — and don’t bother looking for them online, either. Any Star Wars land entry reservation that pops up on Craigslist is a hoax, as Disney’s ticketing system ensures there will be no ticket scalping. All Star Wars land reservations are tied to a Disney account, booked with the full name of each guest in one’s party and cannot be transferred or modified. Additionally, all names on the reservation must match each guest’s photo ID upon entry — meaning there’s no way to hop on a stranger’s Star Wars reservation or give enterprising fans an opportunity to make dough off the most anticipated opening at Disneyland in years.

Star Wars: Galaxy’s Edge will also open at Walt Disney World in Florida this summer. Currently, no reservations will be required when the otherworldly experiences debut on August 29, 2019. 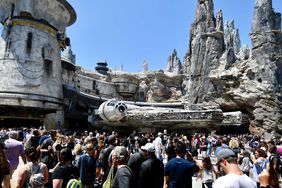 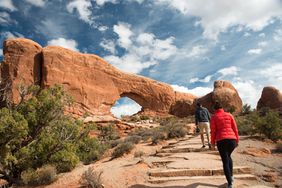 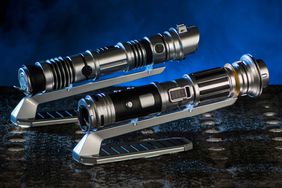