Space Mountain, Pirates of the Caribbean, and It's A Small World may be all-time favorites, but there's a popular Disney attraction plenty of guests don't know about and will never see — unless they pay close attention. That's because the experiences kids are excited about don't always require a ride vehicle or a track, but instead a park ticket and some insider knowledge.

Walt Disney World quietly boasts three interactive games throughout its theme parks, operating immersive attractions hidden in plain sight for a high-tech, interactive, completely unexpected experience. These digital games aren't played on a board or app, but on top of buildings, inside restaurants, and within props and places that already exist.

In Magic Kingdom's A Pirate's Adventure ~ Treasures of the Seven Seas interactive scavenger hunt, guests help Captain Jack Sparrow in locating different kinds of hidden treasure. With five gold-seeking trails throughout Adventureland, aspiring buccaneers follow a map to specific sites where one swipe of a park ticket or MagicBand activates scenes and screens for experiences you'd otherwise never see. Armies mobilize behind bamboo walls, skulls come to life to chant clues, and a snake pops out of a bucket to spit water and provide clues, transforming the stylized decor and hidden corners of Adventureland into a full-fledged attraction.

The antics are more in-depth over at Epcot, where Disney Phineas and Ferb: Agent P's World Showcase Adventure provides a new layer to six of the park's international pavilions. The story is seemingly convoluted if you're unfamiliar with the cartoon's subplot — the stepbrothers' pet platypus Perry works towards disarming crazy Dr. Heinz Doofenshmirtz in a series of adventures — but kids will jump in smoothly. Details for locating the kooky scientist will come in upon signing up at Epcot (the experience is geo-tagged), leading guests to find props dispensed within faux phone booths, change the flow of the Japan pavilion garden waterfall and even witness Perry himself zipline past the France pavilion Eiffel Tower on the half-dozen trips, lasting around 45 minutes each. (There are also small goodies along the way, including custom pressed pennies and fortune cookies, depending on which route you take.)

And then there is Sorcerers of the Magic Kingdom, a wildly popular hunt for animated villains wherein park goers can unlock twenty secret "portals" hidden within shop windows, signs and artwork scattered across the park. It's a delight, but interest in Sorcerers is fueled by its built-in souvenir freebie: spell cards, which are distributed whilst playing the game as well as at special events like Mickey's Not So Scary Halloween Party. These spell cards, used to perform powerful spells upon cinematic villains, are integral to the game but interchangeable, adding an adventure of one's choosing to the drama.

Only two parks are enabled with these games, which are only offered during the day, but there's even more on the way. Disney Parks' forthcoming Play app will let you in on little adventures, even if you're stuck waiting in line for a real ride. It's part of a trend of theme parks embracing entertainment within its ride lines vis-a-vis smartphones; Universal Studios Florida's new "Fast & Furious — Supercharged" attraction even hosts a geotagged trivia competition in a section of is queue. Between FastPass+, mobile order and these secret games, even the most mundane parts of your vacation will soon go high-tech. 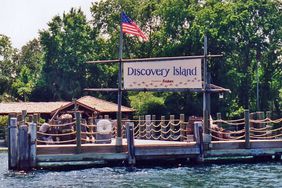 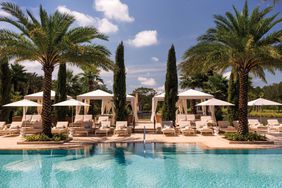 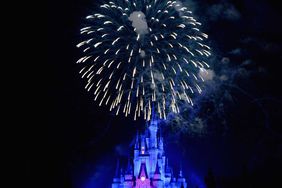 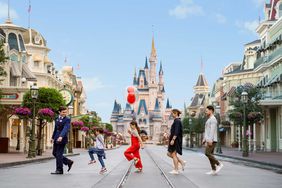 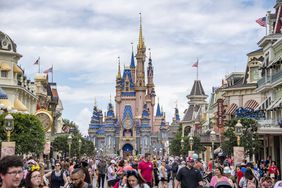