Walt Disney World is almost ready to reveal all of its celebrations for the park's highly anticipated 50th-anniversary starting Oct. 1 — and is giving park-lovers a sneak peek into the festivities.

Disney World will stream two of its brand-new nighttime spectaculars, from Epcot and Magic Kingdom, this week before they're set to debut.

"Harmonious" in Epcot is slated to be one of the largest nighttime shows that Disney has ever put on. Inspired by beloved movies "Moana," "Aladdin," "Coco," "Mulan," "The Lion King," and more, the show was created by more than 240 artists from around the world. Set to the soundtrack of a musical medley that transitions between 12 different languages, "Harmonious" highlights the diverse cultures of the world in true Epcot fashion.

And over in the Magic Kingdom, "Disney Enchantment" will dazzle crowds with projections from Main Street, U.S.A., all the way to Cinderella's Castle. Lighting, fireworks, laser effects will all come together in the after-dark show that inspires viewers to "believe in magic," according to a Disney Parks blog post.

The 50th-anniversary celebrations begin Friday and will last 18 months, with experiences in all four Disney World parks.

In addition to the nighttime spectaculars, the park is also presenting a new Cirque du Soleil extravaganza, a flying kite show, new golden statues around the park, and a brand new ride inspired by "Ratatouille." 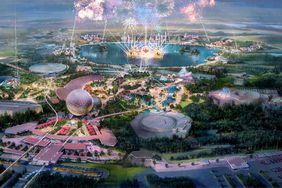 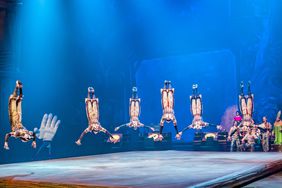 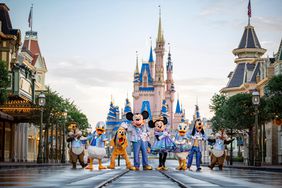