Forbidden to the public ever since the 1974 division of the Mediterranean island, the Varosha resort in Famagusta hopes to attract visitors like in its heyday.

On the east coast of the Mediterranean island nation of Cyprus is a ghost town trapped in time. There’s a car dealership filled with cars from 1974 and shops with '70s fashion in the windows — at least that’s what the few who have ventured into the restricted zone of Varosha have said.

After Cyprus was divided in 1974 into the Turkish-Cypriot north and Greek-Cypriot south, the residents of the former resort district of Varosha in the city of Famagusta were forced to flee, and the area became part of the UN Buffer Zone known as the Green Line. A 1984 security resolution from the UN prohibited resettlement, so the only people who have legally been inside the now-fenced off area are the Turkish military.

Now, 46 years later, the prime minister of the Turkish Republic of Northern Cyprus, or TRNC, Ersin Tatar hopes to reopen the area to the public.

In its prime, Varosha was home to 25,000 residents and attracted visitors from around the globe in the early 1970s, drawing big names like Elizabeth Taylor, Richard Burton, and Brigitte Bardot to its 12,000 hotel rooms.

“At this point we are close to the point of starting the reopening process,” Tatar told the Turkish state broadcaster TRT, according to CNN. “It's all ready in my opinion... The tide has changed and a new page has been turned.”

While no timeline has been released, Tatar says the upcoming elections may delay plans, but he’s committed to bringing the once popular tourist attraction, which is known as Maraş in Turkish, back to its former reputation as a luxury getaway. “Maraş is within the territory of the TRNC,” he added. “ Nobody can take it from us. We are continuing on our successful path.”

The seaside resort’s fate was set after the Turkish military forces fought back after a Greek government coup on July 15, 1974. The area is now recognized by Turkey as belonging to the TRNC, according to the Daily Mail.

Varosha isn’t the only abandoned town after Turkish and Greek tensions. In Turkey, the community of Kayakoy also sits in ruins after a 1923 population exchange between the Greek Muslims and Turkish Christians. 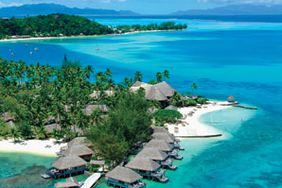