"No one could have imagined that one day the convention would have its own museum..."

A new Comic-Con museum is set to open in San Diego's Balboa Park later this month when a special edition of San Diego Comic-Con finally brings fans back to the city where the famed convention was born.

"When Comic-Con began as a tiny gathering of fans in a hotel basement in 1970, no one could have imagined that one day the convention would have its own museum," Comic-Con's chief communications and strategy officer David Glanzer said when revealing the museum's opening date.

The museum will open its doors on Nov. 26 although a larger, more-official grand opening is planned for next summer.

The Comic-Con museum, like its namesake convention, is an ode to comics, sci-fi, movies, cosplay, and video games. It will open with six exhibits, one of which is a custom PAC-MAN arcade.

The museum will also feature an exhibit that walks through 80 years of Archie Comics and exhibits on legends like Chas Addams, creator of "The Addams Family" franchise, and Gene Roddenberry, the creator of "Star Trek."

Addams may be best known for creating "The Addams Family" TV series and movies but was also an accomplished illustrator. He illustrated more than 1,300 cartoons over his life. More than 50 of them will be permanently housed at the museum.

The Comic-Con museum also will feature a cardboard superhero gallery where fans will be able to do more than just take pictures with Iron Man, C-3PO, Wonder Woman, Black Manta, Baby Yoda, and more. Guests will have the opportunity to create the ultimate souvenir: a life-sized cardboard version of Captain America or Wonder Woman's shields.

Standard admission costs $19.95 and can be booked online.

Meena Thiruvengadam is a travel writer who loves wandering new streets and discovering experiences worth traveling for. Find her on Facebook and Instagram. 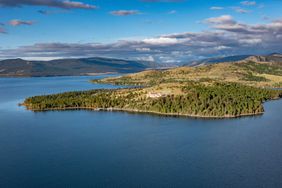