Explore otherworldly cave formations from the comfort of your couch.

The National Parks Service (NPS) has long offered virtual experiences of some of its greatest parks so people around the world could explore them digitally. And one of its neatest explorations is its virtual visit to Carlsbad Caverns in New Mexico.

"High ancient sea ledges, deep rocky canyons, flowering cactus, and desert wildlife — treasures above the ground in the Chihuahuan Desert," NPS wrote about the park. "Hidden beneath the surface are more than 119 caves — formed when sulfuric acid dissolved limestone leaving behind caverns of all sizes."

The park service further explained that the park has a particularly storied history: "Human activities, including prehistoric and historic American Indian occupations, European exploration and settlement, industrial exploitation, [and] commercial and cavern accessibility development and tourism, have left reminders of their presence and have contributed to the rich and diverse history of the area."

In-person visitors can make online reservations to descend 750 feet into the caverns and explore the otherworldly cave formations at their own pace.

But, again, you don't have to physically go to feel like you're there. Just hop on the virtual exploration with a park ranger, who starts the tour by explaining the cave swallows flying around during the day will soon be replaced by "hundreds of thousands of Brazilian free-tailed bats."

As you move through the experience, you can choose to see the caves as if you too were one of those flying bats — and learn a bit about echolocation along the way.

From there, virtual visitors move into the Big Room, a cave structure larger than six football fields, making it the "largest single cave chamber in North America."

And the tour doesn't stop there. But, we'll let you click over and discover all the hidden caverns and treasures for yourself.

If you're interested in more online explorations, check out these worldwide virtual museum tours. 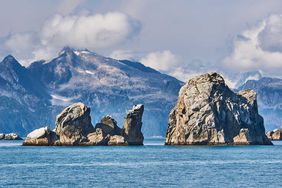 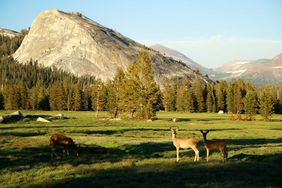 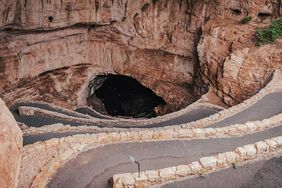 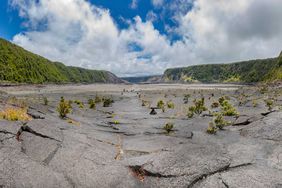