The Arctic’s oldest and thickest ice is melting twice as fast as other ice in the Arctic Ocean, according to a new study by the American Geophysical Union.

The study, published in the group’s journal Geophysical Research Letters, discovered the ice in the ocean north of Greenland (which researchers thought would be the last place to lose year-round ice cover) was more mobile than they previously thought and that the ice there is “declining twice as fast as ice in the rest of the Arctic,” according to the AGU. The group determined that the ice is likely affected by the ocean currents and atmospheric winds transporting the older, thicker ice to other parts of the area.

And researchers predict the Arctic could be ice-free in the summers as early as 2030.

According to the report, most ice covering the Arctic is about one to four years old. Conversely, the “Last Ice Area” is an area with ice that is more than five years old and can measure more than 13 feet thick. The research showed, however, the ice was becoming thinner in two subregions of that area.

“We can’t treat the Last Ice Area as a monolithic area of ice which is going to last a long time,” Kent Moore, an atmospheric physicist at the University of Toronto in Canada and the lead author of the new study, said in a statement. “There’s actually lots of regional variability.”

The Last Ice Area is considered a refuge for wildlife, according to the AGU.

“Eventually the Last Ice Area will be the region that will repopulate the Arctic with wildlife,” Moore added. “If we lose all the ice, we lose those species. This area will be a refuge where species can survive and hopefully expand their regions once the ice starts returning.”

In an effort to visualize the melting ice, the AGU posted a video earlier this week that shows the age of the Arctic sea ice between 1984 and 2019. The two-minute video displays the older ice cover, shown in white, shrinking significantly over the years.

Unfortunately, melting ice is not new and disappearing glaciers have continued to reveal landscapes not seen for thousands of years. In January, researchers found plants that had been hidden for at least 40,000 years revealed by melting glaciers in the Canadian Arctic. And in October, five new islands were discovered by the Russian navy following glacial melting. 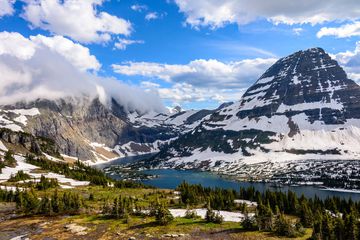 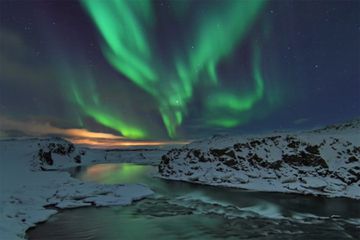 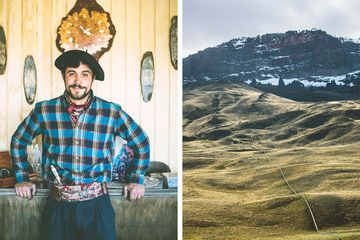