The museum is expected to open in 2024, but virtual programming is already in progress.

New York City — home of the iconic Stonewall rebellion that sparked a global movement toward gay liberation and equality — is opening a new national museum dedicated to telling LGBTQ stories, documenting key moments in the movement toward equality, and inspiring pride.

The American LGBTQ museum envisions "a world in which all people work toward and experience the joy of liberation," its website reads.

The museum is expected to open in 2024, but virtual programming has already begun.

Several educational programs also are in the works.

Plans for The American LGBTQ+ Museum began coming together in 2017. In the time since, organizers have surveyed 3,200 LGBTQ+ people across the U.S. to inform the museum's creation. The diverse group of those consulted included academics, activists, social service providers, and more than 144 LGBTQ+ New Yorkers from all five of the boroughs.

"The respect and rigor with which New York Historical has approached this process, including their consultation with local communities, mirrors our own commitment to building a thoughtful, welcoming, queer, and inclusive experience for our visitors and partners," Richard Burns, chair of the museum's board of directors, said in a statement.

The museum is the first major museum to focus broadly on LGBTQ+ history, culture, and identity in New York.

"As the Stonewall generation and the generation after them passes on, we have to make this history available to the next generation of activists," Burns told the Westchester Journal News. 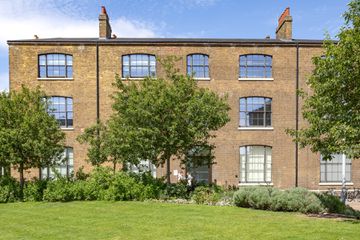