Flight cancellations and delays are piling up in Chicago, Denver, Dallas-Fort Worth, Detroit, and St. Louis.

Travel is going to be messy in the coming days as airlines prepare for Winter Storm Landon which is expected to drop snow, sleet, and freezing rain across a 2,000-mile swath of the U.S.

More than 3,000 flights have already been canceled throughout the country while hundreds more have been delayed, according to flight-tracking site FlightAware. The site's "Misery Map" is surging at Chicago O'Hare International Airport where nearly 500 flights have been canceled and a winter storm warning is in effect through at least 6 p.m. Wednesday. Chicagoans can expect up to a foot of snow, NBC Chicago reported.

Flight cancellations and delays also are also piling up in Denver, Dallas-Fort Worth, Detroit, and St. Louis, and many major airlines are issuing waivers for flight changes.

In Denver, some areas have seen almost a foot of snow while nearly two feet has been reported at higher elevations in the state, The Weather Channel reports.

"Travel will become hazardous because of snow, sleet and/or freezing rain on one or multiple days in these regions through the end of the week," it said.

Southwest Airlines alone has canceled more than 400 flights on Wednesday and another than 500 flights on Thursday. The airline has proactively suspended all operations at Dallas Love Field hub on Thursday, a local CBS affiliate reported.

Fort Worth-based American Airlines has also canceled nearly 180 flights Wednesday and another 200 flights on Thursday. American is issuing flight waivers for passengers scheduled to travel through airports in 25 states and Canada.

Delta Air Lines is expecting disruptions along the East Coast and into Canada as well as in Texas and neighboring states. It is offering waivers to travelers booked on flights through several airports including JFK, LaGuardia, and Boston Logan International Airport.

JetBlue is waiving fees and fare differences on travel through several airports in the midwest and Northeast, including Chicago, Denver, Dallas/Fort Worth, Detroit, and Philadelphia.

United is offering waivers for passengers traveling through several major airports, including Chicago and all three New York-area airports.

Spirit is waiving change fees and fare differences across the Midwest. 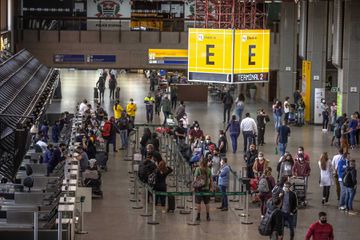 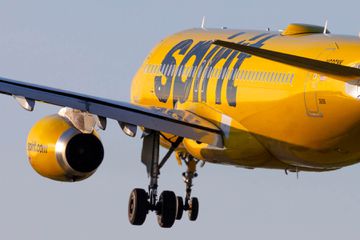 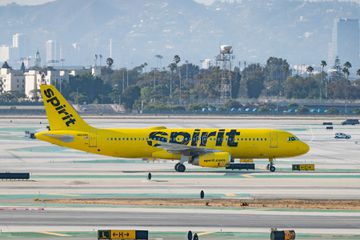