"We're excited to welcome back international travelers and give you the resources you need to travel with ease. Welcome back, travelers!"

Travelers throughout the world celebrated on Monday as the United States reopened its borders to vaccinated travelers from all over the globe for the first time in nearly two years.

Airlines took to social media to mark the occasion, tweeting messages of excitement and hope as travelers started to stream into U.S. ports.

Fellow U.S. airline American Airlines tweeted: "We're excited to welcome back international travelers and give you the resources you need to travel with ease... Welcome back, travelers!"

For its part, Virgin Atlantic posted a video of its crew waving American flags and wearing party hats, including one crew member who wore a Statue of Liberty headband.

"Over 600 days since the US closed its borders, we're returning to New York with a plane full of very excited passengers," Virgin tweeted. "We're thrilled to have worked with @British_Airways on a historic dual take off to mark the occasion #BritsAreBack."

Lufthansa also celebrated the resumption of international travel by tweeting a video bringing travelers around New York City, showing off famous attractions like the Brooklyn Bridge and Times Square.

"Let's start this week with good news," the carrier wrote. "From today, entry into the USA is possible again."

And in New York itself, a "Welcome Back World" banner was hung on Times Square's famous steps on Monday, commemorating the occasion in the "crossroads of the world."

"With this new banner we welcome the world back to Times Square and New York City so they can join the 1.6 million people who have been visiting Times Square each week," Tom Harris, the president of the Times Square Alliance, told Travel + Leisure. "Located in the heart of NYC and Broadway, The Red Steps in Times Square is an iconic gathering place for so many who visit New York City so we thought that was the perfect location for this message."

The celebrations come as the U.S. reopened its borders to fully-vaccinated travelers who have been inoculated with a shot approved by either the Food and Drug Administration or the World Health Organization. Vaccinated travelers must get tested within three days of boarding a flight to the U.S. and unvaccinated air travelers — including U.S. citizens — must show proof of a negative test taken within one day of boarding a flight.

"Today, after more than 18 months of pandemic-related travel restrictions, DHS is taking a critical step toward resuming normal travel," Secretary of Homeland Security Alejandro Mayorkas said in a statement. "DHS continues to work closely with our international partners and domestic public health experts to sustainably resume travel while protecting our communities and economic security."

Thousands of travelers were expected to enter the U.S. on Monday. United Airlines, for example, told T+L the carrier was expecting about 50% more international inbound passengers on Monday, compared to last Monday, Nov. 1.

Travelers who crossed into the country at land borders, which also reopened to vaccinated travelers on Monday, were met with long wait times at certain crossings. Wait times topped over an hour at at least one Canadian border crossing, according to the U.S. Customs and Border Protection, and even hit three hours at the Calexico West crossing between California and Mexico. 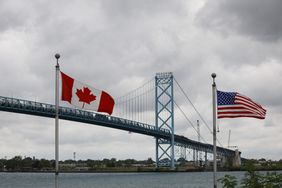 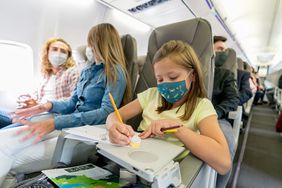 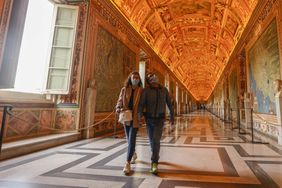 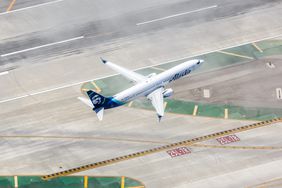