The capital's waterfront destination reveals another half-mile of food and entertainment today.

While Washington, D.C.’s most iconic landmarks are rooted in history, a new wave of sites are transforming the future of the nation’s capital. Among them is The Wharf, a 3.5-millon-square-foot development with more than 85 restaurants and shops, which today unveils its newest phase.

The waterfront destination located on the Washington Channel of the Potomac River — just a few blocks from The Mall — opened its first phase in 2017, featuring eateries ranging from Spanish tapas hot spot Del Mar and British pub The Brighton to seafood favorite Hank’s Oyster Bar and Lebanese eatery ilili, as well as interactive features like swings and a fire pit. But today, phase two opens, bringing another half-mile of food and entertainment.

“One of the distinctive features about the second phase of the project is its dramatic, widened extension of the pedestrian waterfront which now allows visitors to explore the full mile from the Municipal Fish Market to Fort McNair while enjoying spectacular waterfront views along the way,” Monty Hoffman of Hoffman-Madison Marquette, the developer behind The Wharf, told Travel + Leisure in a statement. “Three new public spaces are adding even more opportunities for outdoor gathering, which already include scenic waterfront seating and swings along with neighborhood favorites including a splash fountain, fire pits, and a s’mores station, and a free kayak and paddleboard launch.”

Also coming to The Wharf are new retailers Georgetown Optician, Goddard School, and Scissors & Scotch, upping the total of restaurants and retailers by 20 to 85 — with 48 of them being D.C. concepts and 21 being minority owned.

Pendry joins three other hotels on The Wharf. There are also four apartment and three condominiums with 1,490 residential units, as well as 96 slips for houseboats in one of the oldest live-aboard communities on the East Coast.

For those who’d like to experience the water, there are kayak and paddleboard rentals at The Wharf Boathouse on Recreation Pier, as well as the opportunity to set sail on Sip and Sail DC, Tall Ship Providence, Float DC, or the City Experiences water taxi.

Entertainment is also an essential aspect of The Wharf, with the 6,000-person capacity Anthem concert and performance venue, along with two smaller live music bar venues, Union Stage and Pearl Street Warehouse. The Arena Stage, with more than 1,300 seats, showcases regional theater.

The site will also be a destination for year-round events, like the Bloomaroo at the Home of the Cherry Blossoms, Pride on the Pier, Rock the Dock Concert Series, and the upcoming District’s Holiday Boat Parade, featuring more than 60 decorated and lit-up boats, on Dec. 3. But at its heart, The Wharf is bringing more Washingtonians and visitors to the waterfront, with four public piers and 10 acres of public park space, in addition to a new mile-long pathway.

Getting to the destination will also be easier, as the new section is closer to the Waterfront Metro station and nearby bike routes. A new stop on the free public Southwest Neighborhood Shuttle will also be added, with service to the L’Enfant Plaza Metro, L’Enfant Plaza Parking, and the National Mall, on a daily loop.

“We’ve been very thoughtful throughout the project to select a unique group of locally and nationally renowned architects and designers, and in total, more than 20 different design firms have completed work at The Wharf, creating the neighborhood’s cohesive and exceptional look and feel,” Hoffman says. “We’re also particularly proud of how this additional half-mile further fulfills our vision of The Wharf being a place of connection, built around all the things that bring people together — food, music, and water!” 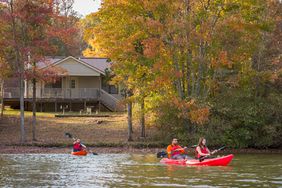 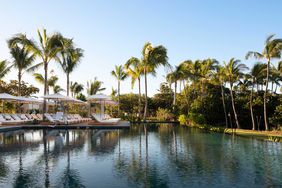