Score up to 67 percent off cozy Isotoner slippers, and more.

Whether you're looking for a sturdy walking shoe for your next vacation, a cozy slipper for lazy days indoors, or a sensible sneaker for workouts and weekend wear, Black Friday is the best time to score epic savings on all sorts of comfy shoes. Retailers like Nordstrom, Nordstrom Rack, Amazon, DSW, and Zappos have all slashed their prices on feel-good footwear that doesn't sacrifice on style, so you can step into the holiday season with your best foot forward.

Lucky for you, we scoured the Internet for the very best Black Friday deals on comfy shoes and found plenty of promising picks from top brands like Adidas, Nike, Ugg, and Tory Burch. Shop our favorites for both men and women, featuring ouch-free offerings like shock absorption technology, memory-foam insoles, arch support, and breathable fabrics.

In fact, the retailer is full of great deals on top brands, like the fan favorite Tory Burch Minnie Travel Ballet Flat, which are up to 38 percent off on select colors. Nordstrom Rack, too, is offering massive savings on top of it's already affordable prices; shop the Vince Magda Flat for nearly 60 percent off. Even trendy brands like Birdies are running sales on some of its most popular styles — including the Starling Flat, while Margaux is offering 20 percent off sitewide with deals on its ultra-comfortable Demi Flat, plus the office-appropriate Penny Loafer and Mule.

Splash into even more savings with over 25 percent off on both Hunter's Original Tall Waterproof Rain Boot and Sperry's Saltwater Duck Boot. Also perfect for winter weather — and equally comfortable, the LifeStride Paloma Ankle Booties and Dr. Scholl's Brilliance Wide-calf Riding Boots from Amazon cover all bases for casual wear.

When you're ready to enjoy a night in at home, cozy up to plenty of serious savings on slippers — like 25 percent off Ugg's Pearle Faux Fur-lined Scuff Slippers at Nordstrom Rack. Available at Amazon, these Dearfoams Shearling Scuff Slippers offer a similar look at a more gift-friendly $50 price, while the Isotoner Chevron Micro-terry Ballerina Slippers and Halluci Plush Cross-band Slippers each ring in under $25.

And don't forget about the men in your life — Ugg also has great slipper deals for him, including this loafer-style indoor/outdoor pair that's now 25 percent off. Shop sneakers from Nike and Adidas for both active and casual wear, while for work, dinners, and more formal occasions, Amazon's best-selling Clarks chukka boots are now 41 percent off.

All of these comfy shoe styles are discounted for a limited time, so step to it while they're still on sale. 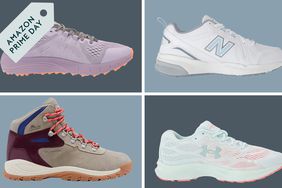 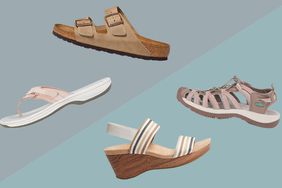 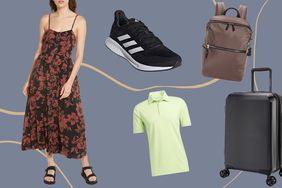 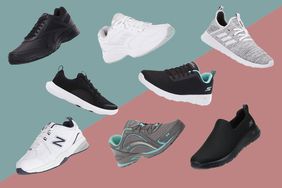 These 11 Best Walking Shoes From Amazon Are Comfortable, Stylish, and Under $100 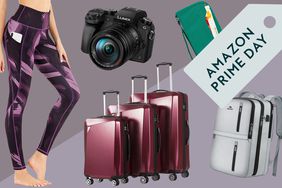 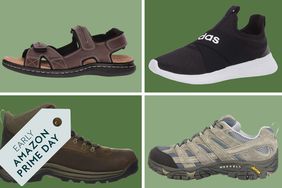 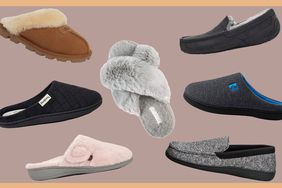 The 18 Most Comfortable Pairs of Slippers for Men and Women, According to Thousands of Shoppers 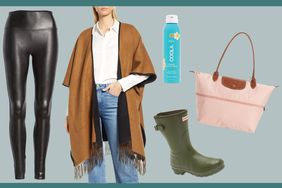 The 13 Best Deals From Nordstrom's Anniversary Sale, According to a Travel Writer 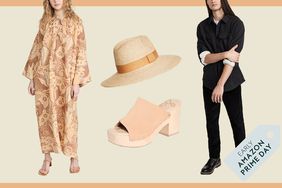 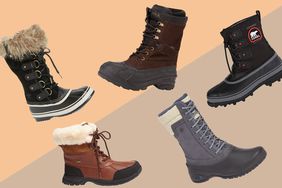 The 18 Best Snow Boots to Shop This Winter, According to Thousands of Customers 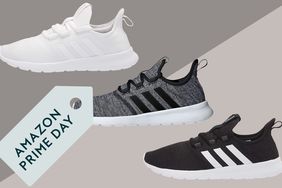 These Adidas Running Shoes Are 40% Off — but Only Until Tomorrow 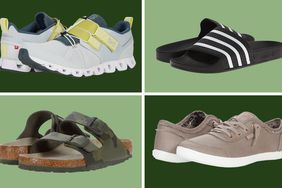 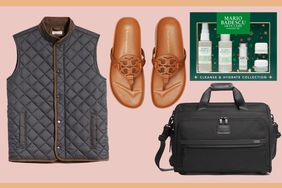 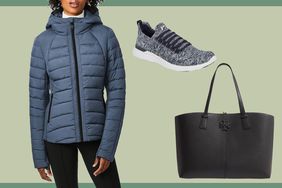