There’s nothing better than a nice candle — except for a candle that gives back to a community and makes sure you’re having fun while doing it.

Boy Smells, the L.A.-based candle company whose core purpose “is to revolutionize binary ideas and imagine a genderful universe,” is doing just that by launching a series of Pride-themed candles and a digital experience that celebrates the LGBTQIA+ community. Better yet, a portion of the proceeds goes to The Trevor Project, an organization dedicated to helping save the lives of young members of the LGBTQIA+ community.

“This year, we wanted to do something that was bigger and more meaningful with a much larger potential to give back to The Trevor Project,” Matthew Herman, who co-founded Boy Smells with real-life partner David Kien, told Travel + Leisure.

Recognizing that Pride certainly looks different this year, Boy Smells created the Pride Collection “to illuminate inclusivity” and build a conversation around what’s happening in the community. “Each candle within the collection is a unique take on the values of the Pride rainbow intertwined with a thought-provoking mantra emblematic of the conversations happening today,” the company said.

The candles in the collection include Damasque, Cedar Stack, Prunus, Cameo, Angelica, and LES, all of which come in “hyper-natural hues to represent the genderful Boy Smells universe and the diversity within.”

“I think that people in our community are filled with so many individuals, and the way that people define their gender can be overlapping, conflicting, but everybody has a spectrum of gender inside them,” Herman told T+L. “For us and Boy Smells, by mixing the masculine and feminine together, we really like this term of inclusion called genderful.”

To help illuminate their message — and build a genderful community — Boy Smells also created a digital component to celebrate Pride month. Each week, a queer ambassador is taking over the Boy Smells platforms to share posts, Q&As, community events, and more.

“When we selected our ambassadors for the collection, and chose the scents and colors, we really wanted to make sure that we were highlighting a full spectrum of individuals — that the manifestation of who they are is very unique and varies from person to person — so that we give a snapshot of our community that is really about individuality and then how we weave together to be a larger community,” Herman said.

To order the candles and find more information about Boy Smells’ Pride campaign, visit the company’s official website. Donations can also be made directly to The Trevor Project here. 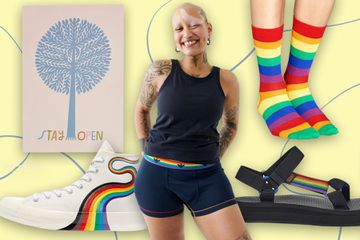 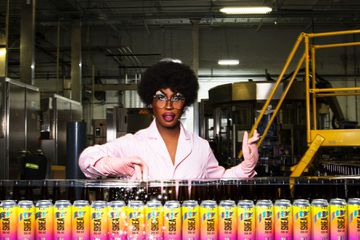 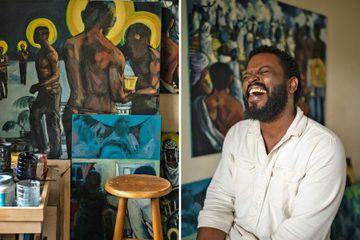