San Jose, California, Might Be the Country's Most Underrated Tourist Destination — and It Gets 300 Days of Sunshine

With 300 sunny days a year and a rich mix of cultural, historical, and natural landmarks, California’s San Jose is so much more than the capital of Silicon Valley.

Growing up in the suburbs of San Jose, California, all I ever dreamed of was leaving town. Yet the farther away I moved and the more I traveled the globe, my appreciation of what I thought was just my sleepy little hometown started to grow. After all, what I believed was just a satellite city to San Francisco, which is about 50 miles to the northwest, is actually the 10th largest city in the country, filled with attractions and sights as world-class as those I jet around the globe to see.

The Best Things to Do in San Jose, California

The Winchester Mystery House was always just a big house we’d drive by on the way to my favorite restaurant, Khanh’s Restaurant. But recently, I took the time to actually visit the 24,000-square-foot mansion of Sarah Winchester, the heiress to the Winchester Repeating Arms fortune, which underwent renovation in 1886 and never finished even upon her 1922 death. As it turns out, it was quite a beholding architectural — and supernatural — wonder that defies all expectations. While the 10,000 windows; 2,000 doors; 160 rooms; 52 skylights; 47 skyways; 17 chimneys; 13 bathrooms; and six kitchens are impressive in numbers, it’s the curiosities behind them (like stairs to nowhere) and mysterious stories (supposedly the home is haunted by ghosts of those who were killed by the Winchester rifle) that have created a labyrinth of a house worth visiting. Fright fans will especially appreciate its Houdini’s Spirit Escape tour.

With that newfound appreciation, I started doing more of a double take on my visits home. The Rosicrucian Egyptian Museum, which I remembered as a place I was dragged to on class field trips, is actually the largest collection of Egyptian artifacts on display in western North America — and is known for its impressive replica of a rock-cut tomb. The entire Rosicrucian Park around it includes the Rosicrucian Labyrinth, Peace Garden, Grand Temple, and a planetarium, as well as the future site of the country’s first Alchemy Museum.

Just across the way is the 5.5-acre San Jose Municipal Rose Garden that was the site of my high school graduation, but turns out has been hailed as America’s Best Rose Garden by the American Rose Society — and which, on a recent visit, I realized is stunning for its California redwoods mingling with its 3,500 plantings. And the Children’s Discovery Museum, where I used to volunteer, is still one of the most playful buildings I’ve seen with its 52,000-square-foot triangular purple structure. Plus, just in front of Discovery Meadow is the Guinness World Record–honored Monopoly in the Park, with a 930-square-foot game board.

As much as the classic San Jose sites have given me a new sense of hometown pride, there’s also joy in the way the Bay Area city has evolved since I left more than two decades ago.

San Pedro Square Market has taken a historic area surrounding the still-preserved Gonzales/Peralta Adobe — the city's oldest structure dating back to 1797 — and transformed it into a buzzy food court with stalls reflecting the diversity of the city, including Alma Tequileria, Jora Peruvian Food, Loteria Taco Bar, Mochinut, Phonomenal Noodle House, and Urban Momo. Also there, proof of the city's propensity for sustainability with the women-owned The Source Zero. (I vividly remember our curbside recycling program being one of the first in the nation back in the '80s.)

At the forefront of innovation is one of the first major mixed-used communities Santana Row, which celebrated its 20th anniversary this year. It now has more than 70 business and 20 restaurants — and continues to be a conversation starter, anywhere in the world, when I mention I'm from San Jose. Also, the city's Japantown is actually one of the last three authentic Japantowns in the country, capturing the Asian American history of the city — also reflected in its international airport being named for Norman Mineta, the first Asian American cabinet secretary. And this is nestled in a valley surrounded by plenty of hiking options from the casual walks around Almaden Lake Regional Park to the the recently restored Mount Umunhum, one of the highest peaks in the Santa Cruz Mountains.

Where to Stay in San Jose, California

But perhaps no place in San Jose is quite as glamorous in my nostalgia as Signia by Hilton San Jose, which was a Fairmont hotel until its re-branding this year. Walking off downtown’s centerpiece Plaza de Cesar Chavez right into the lobby was my first experience at a luxe hotel (it was the first place I saw towels in a public bathroom instead of disposable paper towels). While the iconic hotel closed last year, it reopened this spring with its new Hilton persona.

Admittedly, I was hesitant to step foot into a place that held so many memories. But as soon as the sliding doors opened, it felt like home. There was a modernized warmth to the invigorated style of the lobby that reflects the Silicon Valley setting, yet captures a cozy vibe of the city’s nonchalance. In the recessed seating area is Aji Bar and Robata, featuring Peruvian-inspired cuisine cooked with a Japanese grilling technique resulting in cross-cultural shareable plates like fried avocado and crispy salmon tartare. The Fountain Restaurant, which was an upscale soda shop where I went with my friends in high school back in the day, has been smartly transformed into a French-inspired breakfast eatery featuring California ingredients.

Walking through the halls that lead to the rooms and suites — with city or mountain views, and some with private patios and alfresco fire pits — and 65,000 square feet of meeting space, old memories started rushing back, from attending a Junior League volunteer dinner event to dressing up for holiday meals with my family. And no matter what, the holidays seemed to always bring us in to bask in the hotel after visiting the city’s Christmas in the Park right across the street, a truly community-led celebration where schools, groups, and other organizations each decorate a tree, alongside animatronic holiday scenes, all around a 60-foot Community Giving Tree.

The answer is simple: any time. Even during the holidays, the sun likely shines in San Jose — as it averages 300 days of sunshine with temperatures averaging in the 50s in January and the 70s in July. It’s no wonder Dionne Warwick sang, “Do You Know the Way to San Jose?” — which was the theme song to our newscast when I was younger.

Going home again can be filled with mixed emotions, but the more I’ve ventured away, the more my heart tugs on the wonders of San Jose — and the more I’ve been telling people I meet on my travels why the South Bay city just might be the best hidden gem destination of California. 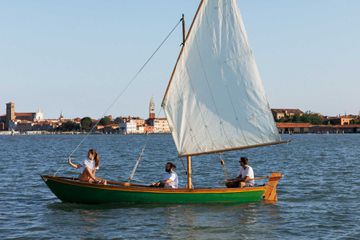 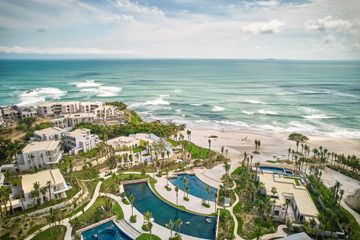 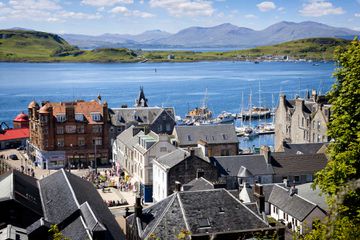