Rockford, Ill. is filled with the same female-led spirit that played a starring role in the beloved film that was recently reimagined into an Amazon series.

Rockford, Ill. may have become a household name in Hollywood thanks to the beloved 1992 film "A League of Their Own," starring Geena Davis and Tom Hanks, but fast-forward to today, the charming town is filled with just as much female-led spirit and grit off-screen as its iconic baseball team was portrayed.

The Rockford Peaches women’s baseball team captured the most championship titles in the league from 1943 to 1954, and the city of Rockford itself has long been preserving their history with pride as the group became “very successful” despite being “mocked and doubted,” John Groh, president and CEO of the the city's tourism company GoRockford, told Travel + Leisure.

“The legacy and mystique of the Rockford Peaches endures to this day in Rockford,” Groh, told T+L. “I think everyone loves an underdog, and no doubt the women who played professional baseball were not expected to succeed.”

And these days, mentions of the town, northwest of Chicago, has returned to pop culture thanks to a revamped eight-episode Amazon Prime Video series of the same name that premiered in August — and also shined a light on Black, Hispanic, and LGBTQ+ communities thanks to a reimagined cast.

Much like the new show, the city symbolizes an unparalleled sense of female empowerment in the form of its tributes to its history as well as its roster of diverse, women-owned businesses. For starters, naturally, Rockford has a "fan trail" that takes lovers of the film through sites like Beyer Stadium, where the Peaches played.

When it comes to businesses around town — much like the doubt planted in the Peaches — Susan Pitkin was told she couldn’t start a chocolate business on her own. But with perseverance and 16-hour days, her CacaoCuvée Chocolate has been featured by Oprah Winfrey — twice.

"People told me, with Oprah, 'there's no way you can do this if you're by yourself,'" she recalled in a video by Rockford-dedicated site, Our City, Our Story. "When they're telling me this, [I'm thinking] I'm gonna prove them wrong, and I did."

Another entrepreneur is Laos-born Chintana Sengchannavong, who moved from Thailand at the age of 11 with her mother and eight sisters — with only $100 to their name. Turning her love of cooking into Sisters Thai Cafe, the restaurant was immediately sidelined by the pandemic, but fortunately the city of Rockford stepped up to support their business.


“The people of Rockford came together to support us when we really needed it — we wouldn't be here otherwise,” Sengchannavong told Our City, Our Story in a video, recalling that some customers committed to frequenting the business three times a week.

Coincidentally, Jojo Gendenbaatar was also 11 when her family immigrated to the U.S. from Mongolia. After college, she saw the Rockford City Market needed vendors and was ready to start making cakes and pastries, however, the venue was in need of bread — so she pivoted.

She started Crust & Crumbles in 2010 as a booth during the summer, while also working as a registered nurse and single parent. But she never shied away from her story.

“I talked a lot about my personal life, my family, and my Mongolian background [and] childhood in the newsletters that I wrote to my customers and through them, we got to know each other more intimately than just over a business exchange,” she told T+L. That helped build a “special relationship” with the community which she said, “really propelled us to grow into the successful business that we are today” as a brick-and-mortar shop since 2019.

Despite the bakery focusing on French pastries and old-world sourdough, she still shares her roots, especially during Lunar New Year by making thousands of Mongolian dumplings for an annual pop-up — which always sell out.

“I think this goes to show that the community not only supported the bakery but me as a person as well by celebrating my heritage and my traditions together,” Gendenbaatar added. “Today the bakery is operated daily by a team of many amazing women (and men) who each bring their own unique history and talent to the equation.”

She’s also thrilled to see how the neighborhood now reflects that diversity.

“When I first moved to Rockford back in the early 2000s, I don't remember there being as many restaurants and eateries that highlighted cuisine of different ethnicities,” she told T+L. “Today I look around and we have access to some amazingly diverse foods… The people come out in droves to patronize these new ventures and make it a priority to support local, small businesses since they know that that's what contributes to our big ‘small town’ being special and unique.”

And that mentality, she said, can stem back to Rockford’s fearless players on the field from decades past.

“I think we can look to the Peaches and their grit and determination as an example to follow — play hard, never give up, and look good while stealing home.” 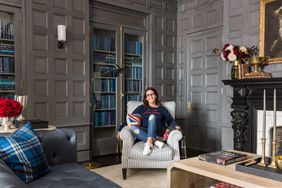 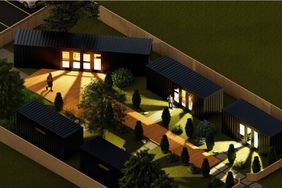 There's a New Tiny Home Resort Coming to the U.S. — and Every Room Is a Shipping Container