Portrait Milano, the fifth property in the Ferragamo family–owned Lungarno Collection, opened this month, and has its own piazza.

It’s been nearly a decade in the making, but Portrait Milano finally opened at the start of the month. Nestled between Corso Venezia and Via Sant’Andrea in Milan’s Golden Triangle, it’s the latest luxury hotel to debut in Italy’s fashion capital. But in a city that’s already teeming with sumptuous properties, there’s one element that really sets it apart from the rest: the historic building.

The landmark that is now home to Portrait Milano dates back to 1564 and is Europe’s oldest seminary. Despite the building’s significance, it has remained unknown to locals. That’s because the estate has been closed off to the public for decades. But in June 2013, when Leonardo Ferragamo and Valeriano Antonioli — president and chief executive officer, respectively, of the Ferragamo family–owned Lungarno Collection — were scouting locations for their next project, they stumbled across it by chance.

Antonioli remarks that location is one of the key pillars for the Portrait Collection, as exhibited by Portrait Roma on Via Condotti, Rome’s fashionable thoroughfare, and Portrait Firenze, which is set between the Ponte Vecchio and Via de’ Tornabuoni, Florence’s luxury shopping street. So when they were searching for a spot in Milan, they knew they had to be in the heart of the city in the Quadrilatero della Moda. While touring a building that neighbored the seminary, the pair could see the windows of the shuttered institution and promptly investigated its story. After multiple discussions with the Catholic church, the Lungarno Collection ultimately edged out nearly 20 other international brands, according to the CEO, in a bid to lease the building.

After passing through an ornate Baroque portal by Francesco Maria Richini on Corso Venezia, a covered passageway opens up to a double colonnade–wrapped piazza spanning more than 32,000 square feet, all of which have been meticulously restored by architect Michele De Lucci. And it’s this square that serves as the property’s crown jewel. “We didn’t want to just build the Portrait Milano, we wanted to also build a portrait of Milano,” says Antonioli, “and the piazza was, for us, where the portrait of Milano should take place.” Because unlike other brands that would’ve wanted to privatize this space for their hotel guests, the Lungarno Collection were keen on creating a space that locals could enjoy, too.

Dubbed Piazza del Quadrilatero, the sprawling square will have a mix of retail and dining outlets, along with the hotel’s main entrance. Accessories aficionados will flock to So-Le Studio, a jewelry brand by Maria Sole Ferragamo, while trendsetters will make a beeline for Antonia, a multi-brand store with capsule collections that showcase a mix of both established and upcoming designers. And it’ll undoubtedly become a hot spot for food enthusiasts once the restaurants are in full swing by next spring.

Currently, visitors can dine at the casual 10_11 and nosh on classic Italian dishes like vitello tonnato and trippa in bianco. It will also boast a seasonal cocktail bar in a beautiful, landscaped garden on the opposite side of the building, away from the buzzy piazza for a tranquil evening. Come January, Monte-Carlo’s Beefbar will make its debut at the hotel along with an adjacent late-night venue with live music opening in March. But perhaps the most exciting option is a forthcoming fine-dining restaurant, slated to open in February, helmed by the property’s executive chef Alberto Quadrio, a rising star who has worked under culinary wunderkinds such as Yoshihiro Narisawa, Alain Ducasse, and the late Gualtiero Marchesi.

Once inside, hotel guests are welcomed into an airy reception area, then whisked away to one of the three upper floors where the property’s 73 accommodations are spread out. The interiors are designed by Michele Bönan, who has worked on all of the properties in the Lungarno Collection. Rooms are marked with a natural color palette with crimson red or emerald green accents, two hues representative of Milan, and the former mirroring the robes of bishops and cardinals, paying homage to the building’s proprietors. The well-appointed digs feature plush beds wrapped in Frette linens; Florentine rattan boiseries; contemporary artwork; and curated bookshelves in suites. The bathrooms are spectacular, too, decked out in white Carrara marble, or a combination of red porphyry and Breccia Medicea marble, and stocked with Ferragamo amenities.

The hotel will also become an oasis for wellness enthusiasts once the subterranean spa opens in the spring. At the Longevity Suite, the menu goes well beyond traditional massages, including biohacking and anti-aging treatments such as cryotherapy, body sculpting, and bespoke programs tailored to your needs. The serene space will also house a pool and a fully equipped fitness center complete with trainers.

As we look to the future, Antonioli hints at a Venice location and possibly another outpost in Rome, saying the brand will succeed in “the vast majority of European capitals.” 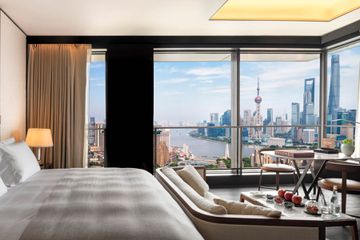 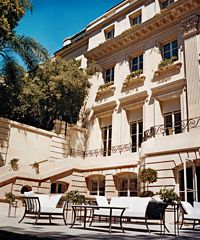 This Italian Island Has Tranquil Villages, Stunning Beaches, and Luxury Hotels — Here's How to Plan Your Trip
The 50 Best Places to Travel in 2023 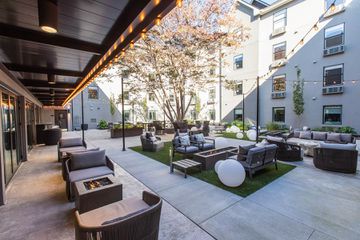 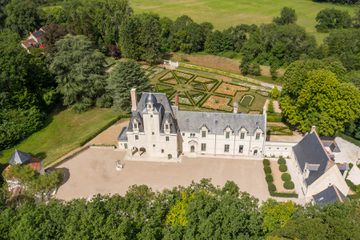 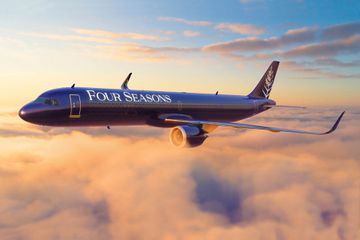 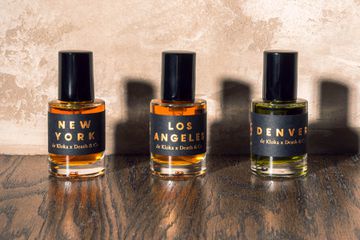 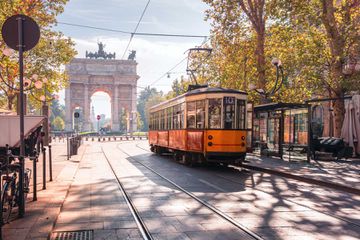