The photos, mainly dating from the late 1950s through the early 1970s, showcase beautiful street scenes across the globe.

Sean Patrick Flynn is a multimedia journalist and editor based in New York. His work covers a range of topics, including travel, food, culture, architecture, and human interest, and has appeared in Travel + Leisure, Afar, Food & Wine, and The New York Times, among others. Born in Buffalo, Sean started his journalism career as a freelance writer for The Buffalo News while attending Canisius College. After graduating, he moved to New York City to pursue his master's at the CUNY Graduate School of Journalism. In his career, Sean has worked as the digital operations editor for Travel + Leisure, acted as managing editor for 27 brands at Hearst Digital Media, and was the deputy digital editor at Departures. He is currently the associate editorial director of Food + Wine. * 10+ years of editorial experience * Received a master's degree in journalism from the CUNY Graduate School of Journalism * Received a bachelor's degree in English and history from Canisius College

Over the past few months, I've been surrounded by scenes of the souks in Marrakech, the cobbled streets of Paris, congested alleyways in Cairo, and vistas of Mount Fuji. I've taken in the stunning architecture in Mumbai and toured markets in Zanzibar, relishing in the fleeting moments between strangers in these far-off destinations. But I've barely left my house.

While visiting family this past Christmas, my grandmother gifted me two disheveled boxes of slides that contained snapshots from my great-grandfather's trips in the 1950s, '60s, and '70s. Among the hundred or so Kodak film cases are scenes from all over the world — Singapore to Venezuela, Japan to the Great Pyramids, and many, many other places. There's a good portion of cheesy, smile-for-the-camera photos, but there are many more unstaged snapshots showcasing daily life from places I've yet to visit.

I've made it my mission the past few months to comb through these images — totalling in the thousands — digitally uploading them one by one, finding inspiration in a year that's been difficult and draining. While quarantining with my wife and three daughters — a four-year-old and 21-month-old twins who have a very real aversion to sleep — I've tried to find an hour or two each week to visit these remote places, relish in a project that I love, and get inspired about travel again.

Throughout my career I've been lucky to spend my fair share of time on the road, usually traveling in some capacity, whether domestic or international, about once per month. I've always been enthralled with far-flung destinations, so much so, that I pursued a career in travel journalism — surprising for someone who still very much hates flying. But like everyone else, I haven't gone much further than my kitchen over the past year.

Thankfully, through these images, I've still found a way to indulge my affinity for exploring and get excited for my next big trip, wherever that may be.

The existence of the slides was no surprise. When I was a kid, my grandmother would invite the whole family over for dinner and a preview of a faraway locale none of us had ever been to. Everyone would cram into the living room while one of my uncles fumbled with setting up the old projector. Most of the kids would only half pay attention, but I was captivated. My grandmother always likes to tell the story of when I was just a few years old — not much older than my daughter — and I told her that I wanted to visit England, but being afraid of heights, I planned to take a boat over and make an adventure out of it rather than ever get on a plane. In my early 20s, when I made my first trip to London, she was the first person I called to tell of my experiences — after safely taking a trans-Atlantic flight.

But it's been well over 20 years since the box was lugged up out of the basement for a showing. I vaguely remembered shots of my great-grandfather standing, cheesing for the camera, in front of Harry's Bar in Venice, among similar images. But what I didn't remember were the street-style photos that give a glimpse of everyday life all over the world — and those were the photos that drew me in the most.

My twin daughters are too young to really care much about these images, but my four-year-old has caught the travel bug. When she plays, she pretends she's exploring castles in Ireland or coming face-to-face with lions in the African savannah — mainly from watching shows like The Wild Thornberrys, which follows a young girl and her family around the world. I'd like to think that when she's a bit older she'll be as enthralled with travel as I am, and that she'll find these images an unimaginable treasure trove like I do.

Now that the world is opening up bit by bit and travel is looking to be more a question of "when," rather than "if," I plan to take a pilgrimage of sorts to some of these places and share in that travel moment with a man who passed away long before I was born. But I'll be sure to give my Grandma Sue a call as soon as I've landed to share the moment with her in somewhat of a familial time warp to 50-plus years before, when my great-grandfather stood in the same place, taking in the sights, smells, and sounds of a different culture far from home. 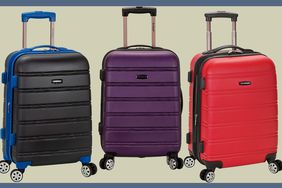 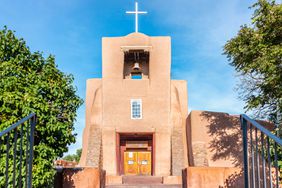