This Swiss Village Is So Beautiful, It's Banning Tourists From Taking Photos

This Swiss village is beautiful. So beautiful you’ll have to see it for yourself.

This week, the Swiss village of Bergün/Bravuogn made the drastic decision to no longer allow tourists to take photos of the picturesque town.

Their prime reasoning for this decision, they say, was that locals believe their home is so stunningly beautiful, people who see pictures of it on social media will be miserable because they are not there to experience it.

“It is scientifically proven that beautiful holiday photos on social media make the viewer unhappy because they cannot be there themselves,” said the village tourist office in a statement. Of course, that hasn't stopped people from snapping photos in the past.

The village will be implementing a €5 (about US$5.62) fine for anyone caught trying to take photographs.

The village’s mayor, Peter Nicolay, added in the statement, “we cordially invite you to visit Bergün to experience it for yourself.”

Many people have criticized the photo ban on the town’s Facebook page. The tourist office has said, even though it is a real law, it will be a “bold way” to promote the village.

According to The Local, the new law is mostly a marketing ploy.

“The idea is that everyone talks about Bergün,” the village’s director of tourism Marc-Andrea Barandun said. “So it’s a combination of both – we made the law and also there’s some marketing [aim] behind it.”

Related: This Swiss hotel room has no walls

He also said the fine — already small — is unlikely to be enforced.

Even though most travelers would hate to leave their camera at home, they’d have to admit their curiosity has just been piqued. 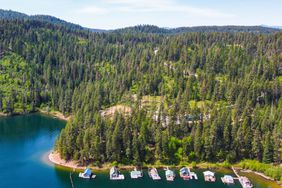 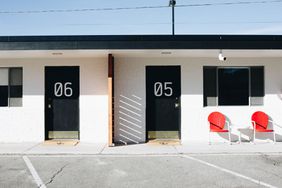 Colorado's Ghost Towns Are Taking Over Instagram Thanks to Its Booming Wine Scene, Chic Bars, and Charming Hotels