Macy's Thanksgiving Day Parade is almost here — here's everything to know about the celebration this year.

Nothing puts the gravy on top of a delicious Thanksgiving turkey feast quite like the magic of the Macy’s Thanksgiving Day Parade. This beloved tradition incorporates the grandeur of larger-than-life balloons, marching bands, floats, Broadway and celebrity performances, and clowns, as well as the famed Radio City Rockettes.

As one of New York City’s most cherished annual events, this is the perfect occasion for both locals and visitors to gather with loved ones in a spirit of gratitude and merriment. After two years of modified celebrations, the parade festivities are back to their original glory and will surely delight viewers nationwide.

When is the Macy’s Thanksgiving Day Parade?

The Macy’s Thanksgiving Day Parade will take place on Thursday, Nov. 24, 2022, from 9 a.m. until noon in all time zones. Can’t make it to NYC for the grand celebration? Not to worry, as the parade will also be televised on NBC and stream on Peacock, so you can watch while cozied up in pajamas with a cup of coffee at home.

The parade kicks off at 77th Street and Central Park West before making its way down the Upper West Side to Columbus Circle. From there, the parade follows Central Park South to Sixth Avenue and goes through Midtown before stopping in front of Macy’s Herald Square on 34th Street.

The 2.5-mile route has plenty of space available for public viewing, but make sure to get there early enough (about 6 a.m.) if you're hoping to score a spot closer to the street. If you stay in one of the many hotels on or near the parade route, watching outside your property may be the most preferable choice.

For some of the best vantage points, head to Central Park West after 72nd Street, and get there early. As it's at the beginning of the route, if you arrive after the 9 a.m. start time, you're likely to miss out on a good viewpoint for taking in the magnificence of the floats and balloons.

Where to Stay Near the Macy's Thanksgiving Day Parade

Once you decide whether you're staying in a hotel where you can see the parade from the luxury of your room or spending the night somewhere within walking distance of the route, you can then select which NYC hotel to book. Here are some options that will take you to the center of the fun, regardless of where you decide to watch.

Across from Central Park, this upscale hotel offers parade-view rooms and suites, as well as adjoining accommodations for larger groups. Book a premium package for a lower floor room to get closer to the parade, or reserve an aerial-view room on a higher floor to soak up both the expansiveness of Central Park and the parade from above. With direct access to the parade route, travelers can easily find sidewalk-viewing spaces.

Refinery Hotel, located near Bryant Park, is a loft-style property adjacent to the parade route. Though the hotel does not offer rooms with views of the parade, it's only a short walk away from the festivities. Plus, this chic hotel, which was transformed from a hat factory building, also includes a rooftop bar with stunning views.

Perhaps the most idyllic hotel to stay in for those coveted views of parade balloons and floats, the Mandarin Oriental New York offers luxurious rooms in an incomparable location at Columbus Circle. Reserve one of their “Room With a View” packages to capture the full essence of the parade during your stay.

Conveniently located on Sixth Avenue, the New York Hilton Midtown has a variety of rooms and packages with full, partial, and aerial parade views. This contemporary hotel is also within walking distance of NYC favorites, including Central Park and Fifth Avenue shopping.

Things to Know Before Attending the Macy's Thanksgiving Day Parade

Because Thanksgiving in NYC can get cold, be sure to grab a jacket, gloves, and a couple of blankets to keep warm. Also, pack some water, hot chocolate, and snacks to enjoy while you wait for the parade to start. It’s also important to note that there may not be public restrooms in your vicinity, depending on where you decide to watch.

For anyone who would like to partake in the festivities of the Macy’s Thanksgiving Day Parade from NYC — but would rather not get up early and wait in the cold for hours — the Macy’s Balloon Inflation event on the eve of Thanksgiving is an option. The celebration will take place on Wednesday, Nov. 23, 2022, from noon to 6 p.m. at the American Museum of Natural History’s surrounding streets on the Upper West Side. 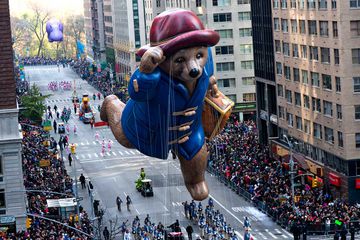 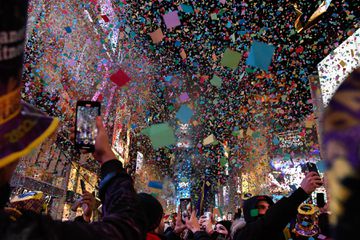 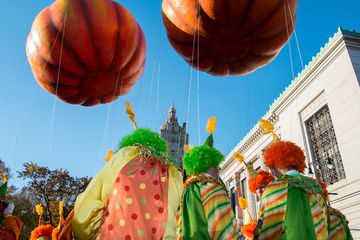 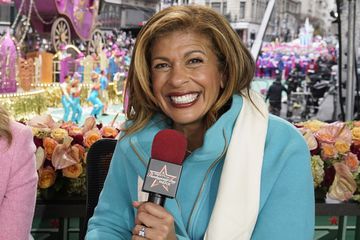 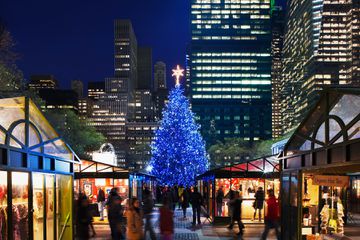 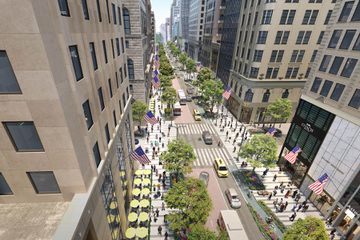 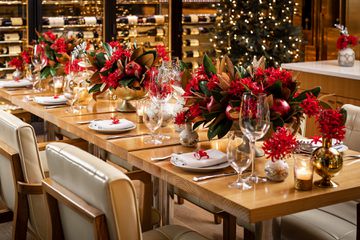