Items from the famed hotel will be sold to raise money for charity.

If you’ve ever wanted to own a piece of travel history, now may be your chance.

New York’s Waldorf Astoria is offering travel fans the chance to own a piece of the iconic hotel when it hosts an auction in October. The event, hosted by Kaminski Auctions, will be one of its most extensive of the year and includes more than 15,000 items available for bidding. Those items even include a few bobbles from the Royal Suite, which British royalty called their home away from home for decades.

“The Royal Suite’s star studded roster of tenants dates all the way back to 1941, with King Edward VII. Once Edward abdicated his throne to marry a thrice divorced American, he took up a ‘social’ seasonal residence from 1941 to 1961 in the Waldorf in the Royal Suite,” Frank Kaminski, CEO and owner of Kaminski Auctions, said in a statement. “However interesting this is, it was nothing compared to the scandal that occurred when Queen Elizabeth and Prince Philip were arriving at the hotel in 1960 and Wally and George were nestled in the Royal Suite directly in the path of the Royal Arrival.”

As Kaminski explained, in order to avoid the pair crossing paths, it instead “scrambled to create a new suite suitable for the Duke and Duchess of Windsor in record time. Wallis, known to be a royal-zilla, was furious to learn that she would be relocated for her interloping in-laws, so she insisted that the new suite created just for them be decorated in a color matching her eyes, later named Wallis Blue, to ensure that no one would ever displace her again.” To this day, the drapes, fabric, and pillows are still all in Wallis Blue.

“Many of the pieces for auction have been a witness to history, and we are excited to see them find new life in the homes of avid collectors,” Andrew Miller, CEO of Dajia US, the owner and developer of Waldorf Astoria New York, shared in the statement.

Those interested in perusing and potentially buying some of the items can do so when online previews begin on Oct. 3. Best of all, if you purchase an item, you can walk away not only knowing you have a rare piece of history, but also that you’re doing a bit of good for the world too. The hotel noted in its statement, all proceeds from the auction will go to support St. Bartholomew’s Conservancy in its mission to restore and conserve the landmark St. Bartholomew’s Church and Community House. Click here to see the entire auction inventory. 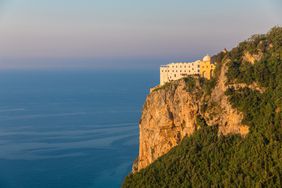 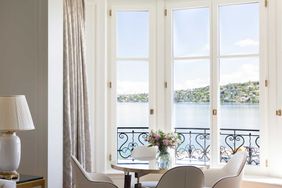