These Luxury Domes Are Perfect for Stargazing, Outdoor Adventures, and Romantic Getaways — and They're Near A Popular National Park

Imagine a glamping tent. Now enclose it, give it 26-foot-high ceilings, 1,000-square-foot windows, in-room telescopes, swinging chairs, plush linens and towels, colorful murals, and deck hammocks. Make it dome-shaped, climate-controlled, and put it within a few minutes of your favorite national park.

Is this still a glamping tent? Or, is it a five-star hotel room? An upscale cabin? Clear Sky Resorts' sky domes — located just outside Grand Canyon National Park — blur the line of traditional lodging, uniting nature buffs and splendor seekers under the same curved roof.

"Glamping today means a luxurious and unique place to stay with direct access to nature," said Hal Feinberg, one of the resort's owners. "So, we definitely meet the definition of glamorous camping." Clear Sky Resorts is simply expanding, if not redefining, the idea — it was the first and only resort concept of its kind in the country when it opened in 2021.

Located just a 30-minute drive from the park's South Rim entrance, guests aren't far from the scenic trails of the Grand Canyon. But high desert vistas aren't just what surrounds the domes. Their structure and décor aim to bring the outdoors inside — one of the resort's true tallies in the glamping column. The property's 45 uniquely decorated domes (some of which can accommodate groups of up seven people) are spread out across the vast and otherworldly Colorado Plateau.

"This allowed us to have some fun and offer a handful of family-sized domes that have themes such as Space Galaxy, British Secret Agent, and '80s Video Game," said Feinberg. The one way in which they're uniform, however, may reign supreme: Floor-to-ceiling windows grant panoramic sunrise, sunset, and night-sky views across Arizona's endless high desert. The latter is kicked up a notch inside the Stairway To The Stars Sky Dome, which invites guests to ascend a spiral staircase and stargaze from a bed suspended under a massive skylight.

While there's no shortage of attractions nearby (the historic town of Williams is located 30 miles south along the legendary Route 66), the property's long list of activities on offer echoes the expansive vistas and family-friendly designs. Just outside your dome, you'll find a glow-in-the-dark frisbee golf course, a lit sculpture park, and a 360-degree movie projection dome, in addition to yard games, s'mores by the fire pit, movie and astronomy nights, live music, sunrise yoga classes, and storytelling, which will surely keep your pod busy between canyon days. An on-site food truck offers breakfast and dinner, while the Welcome Sky Dome lounge hosts a daily happy hour — a perfect way to wind down after a day of adventure.

And if your national park plans sidestep Grand Canyon, know that you may soon be in sky dome territory all the same. "We're in the process now of expanding and have plans to construct resorts at up to 15 more locations near some of the most beautiful state and national parks in the U.S.," said Feinberg. In other words, glamping in geodesic domes may sound like the way of the future, but it's very much so the present.

To book, visit clearskyresorts.com. Rates start at $295 per night. Domes are available between May and December. 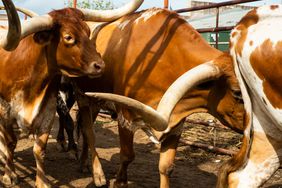 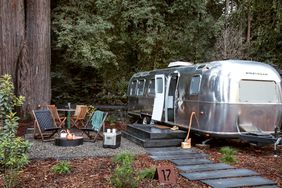 Spend the Night in an Airstream Trailer at Yosemite National Park 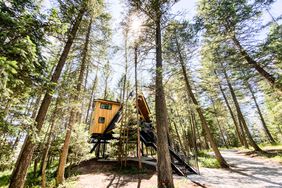 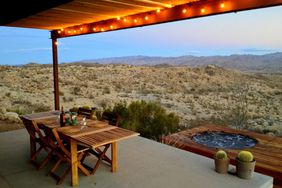 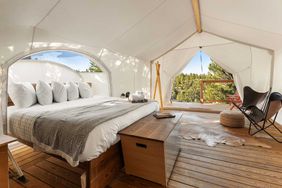 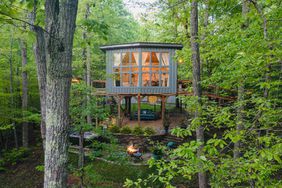 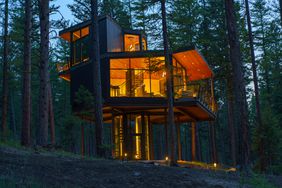