Hidden deep in the Tuscan countryside, La Foce is the former home of acclaimed biographer Iris Origo. Today, visitors can rent private houses on the expansive estate — which they may recognize from Succession.

Nestled in the warm hills of Tuscany, on the eastern edge of the Val d'Orcia, sits La Foce, one of the region's best-kept secrets. It's not exactly surprising, since secrecy is an integral part of the estate's history.

La Foce's original owners, famed biographer Iris Origo and her husband, Antonio, used their sprawling estate to hide child refugees, partisans, and escaped allied prisoners of war in defiance of Italy's Fascist regime and the Nazi Third Reich. Even after the Germans took over the villa to use it as their regional headquarters late in the war, the Origos continued to use the dense forests and rolling hillsides around their estate to shelter refugees, helping to feed, clothe, and ferry them to safety.

Iris Origo's shrewd management of the 15th-century property, dilapidated when she and her husband took over ownership in 1924, is considered to have single-handedly revived the surrounding countryside, both economically and agriculturally. At its height, La Foce comprised 7,000 acres, including a hospital, school, and nearly 60 farms, all built by the Origos, in addition to roads, irrigation canals, and myriad other infrastructure.

Today, La Foce is managed by Iris's daughter, Benedetta, and granddaughter, Katia Lysy. Half-a-dozen homes and cottages, including the villa itself, are available for rental for visitors interested in staying at the historic property. Many are restored farms from the villa's early years, and all are replete with private gardens and swimming pools.

(La Foce is also regularly rented out for film shoots. If you watched the most recent season of HBO's hit Succession, then you've seen La Foce for yourself.)

Day visitors can pay for tours of the gardens (€10 for adults, kids under 12 free) from the end of March through October, often given directly by Katia or Benedetta (who was a young child during the war). After your tour, stop by the Garden Shop, where you can find some of Origo's classic works in addition to local pottery, perfume, linens, and the famous La Foce olive oil, made on-site.

There's plenty to do and see within walking distance from La Foce, as well. Noteworthy sights include the Castelluccio castle perched on a hillside above the villa, which dates back to the 13th century, La Foce's cemetery, where Iris and Antonio are buried, and Monte Amiata, the 5,700-foot extinct volcano looming over the valley.

A stone's throw down the road lies Dopolavoro La Foce, a restaurant and bar home to a plethora of traditional Tuscan dishes, many flavored with extra-virgin olive oil from La Foce. The restaurant's produce is all sourced from its private vegetable garden. The villa is also located less than a kilometer from the world-famous cypress-lined road, snaking up the hills to the north. Perhaps the finest view of the oft-photographed road is actually from the overlooks in La Foce's gardens.

La Foce serves not just as monument to the region's rich history, but as a focal point for the preservation of local culture. The villa is home to regular art exhibitions, both antique and contemporary, and each July it also hosts Incontri in Terra di Siena, a world-renowned chamber music festival. Founded in 1988 by acclaimed cellist Antonio Lysy (the Origos' grandson) and directed by preeminent Italian pianist Alessio Bax, Incontri has gathered some of the finest classical musicians from around the world for 34 consecutive years.

Like the La Foce itself, the experience is uniquely intimate and warm, with a few hundred guests gathering each night in the villa's main courtyard, among other nearby venues, to listen to chamber music performed by some of the finest classical soloists in the world.

Outside the musicians themselves, the festival's illustrious guests have recently included Academy Award-winning director Francis Ford Coppola and renowned California chef Dominique Crenn, among many others. This year, when I visited La Foce to attend, award-winning English novelist Louis de Bernières (author of "Captain Corelli's Mandolin") was attending as a writer-in-residence.

Despite all this, Lysy is clear that the Incontri festival, while an obvious celebration of chamber music, culture, and cuisine, primarily hoped to continue his grandparents' (and La Foce's) legacy of philanthropism. The festival is, above all, for the local community, a fact highlighted by the festival's low ticket prices. (Tickets to individual concerts sell for €35 and €10 for those under 25, while an all-access ticket to the seven-night festival is €170.)

"There's this misconception about classical music, chamber music, that it's a snobby, intellectual thing," Lysy told me before I attended the festival. "People think, 'Oh you have to be able to understand the music.' No, that's not what it's about. We want to make this experience accessible to everyone."

After a moonlit night surrounded by the warm stone of La Foce's courtyard walls and the resounding harmonies of Incontri's musicians, I couldn't help but agree that visiting La Foce wasn't about "understanding," but about experiencing.

Readers can learn more about La Foce (and book a stay) on the villa's website. 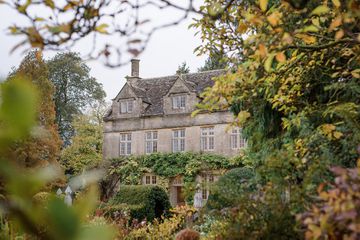 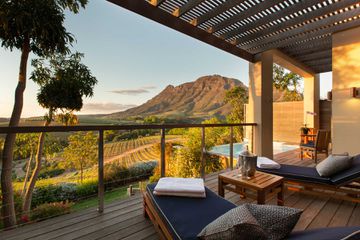 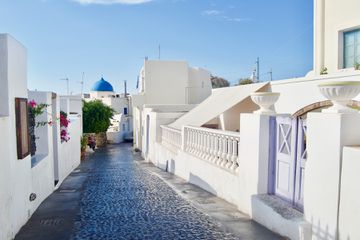