Set on Florida's Gulf Coast, Cape San Blas is home to a lighthouse, aquatic preserve, and one of the nation's top beaches.

When it comes to Florida vacations, popular hot spots like Orlando, Miami, Key West, and Fort Lauderdale come to mind. In Airbnb's newly released 2022 Summer Travel Trends report, the Sunshine State dominated the top 10 trending summer domestic destinations — but the top spots were more surprising, including Cape San Blas, which was the No. 2 most-searched destination by U.S. guests in Q1 2022.

While the 750-acre peninsula on the Panhandle's Emerald Coast may not get the headlines — in fact, it's on what Floridians occasionally call the state's "Forgotten Coast" — it boasts pristine white-sand beaches. The city's T.H. Stone Memorial St. Joseph Peninsula State Park was named the best beach in America by Dr. Stephen P. Leatherman, better known as Dr. Beach, way back in 2002, who said its "lily white sand beaches" had the "finest, whitest sand in the world."

St. Joseph Bay itself has 55,000 acres that are protected as an aquatic preserve and is still one of the least-populated areas on the state's coastline. It's also the Gulf of Mexico's only eastern section without inflow, so the sea life here is one of the state's most spectacular.

Also in town is the Cape San Blas Lighthouse, a necessity first commissioned in 1847 in the hurricane-prone destination. It's been built and rebuilt — and even moved — several times. Now the lighthouse district is on the National Register of Historic Places.

And to best get a sense of Cape San Blas, there's the 8.7-mile Loggerhead Trail tracing the length of the cape.

Cape San Blas is one of six Florida destinations that topped Airbnb's trending domestic summer destinations list, meaning that American guests searched for these places the most in the first three months of the year with a minimum of 10,000 queries. Also on the list were Walton County, Mexico Beach, Fort Myers, Cape Coral, and Four Corners. 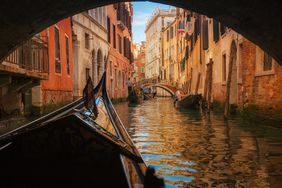 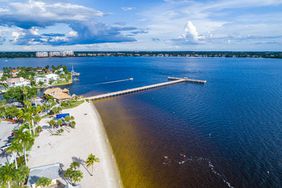 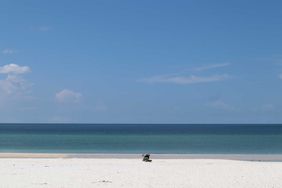 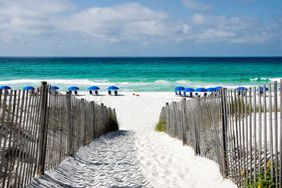