They had us at "mimosas served on elaborately designed cake trolleys."

Perri Ormont Blumberg is a New York City born-and-based writer, who first became a fresh air fiend at her family's vacation home in the Catskills. She holds a B.A. in psychology from Columbia University and is also a culinary school graduate from the Natural Gourmet Institute. She was previously a senior staff writer at Southern Living and her work has appeared in the New York Post, Men's Journal, Architectural Digest, Robb Report, Rolling Stone, and many others. Her goal is to visit every state in America, and all the better if she can catch a Dave Matthews Band concert in each one (with 200 shows under her belt, she's well on her way). She'll never turn down a bloody mary or yoga class.

Hoping to say "skål" in Oslo this year?

Gear up for the opening of the Sommerro House, a landmarked building in the heart of Oslo that dates back to the 1930s, re-imagined as a luxury hotel. Slated to welcome guests in September 2022, the 231-room art deco hotel from Nordic Hotel & Resorts (a member of Preferred Hotels & Resorts) will also have 56 branded residences. Featuring sweeping views of Norway's capital city, Sommerro is housed in the former headquarters of Oslo Lysverker, the city's original electrical company, and will pay homage to Norwegian cultural heritage.

"Sommerro will present a neighborhood vibe, a lesson in local culture and history, and a new perspective on dining and entertainment — a combination every traveler can appreciate," Caroline Klein, chief communications officer of Preferred Hotels & Resorts, told Travel + Leisure, of what is said to be the country's largest preservation project to date. "The hotel's bedrooms also make this hotel especially unique, as twin rooms are quite rare in Europe and Sommerro is not only offering those but doing them differently – placing each bed in its own snug bolthole so friends traveling together can remain connected but with privacy," she added. Rates start at $199 per night, including breakfast.

The hotel will have four restaurants and three bars, a 100-seat gilded theatre, and the city's first year-round rooftop pool, sauna, and terrace. The thing we're most excited about, however, is Vestkantbadet, which will be one of the few public baths in the entire country. The Nordic Hotel & Resorts team is working painstakingly to revive the space to its past grandeur and expand the baths into an 8,000-square-foot underground holistic health sanctuary. There, hotel guests, visitors, and locals alike will be able to enjoy the restored Roman baths, a cold plunge pool, spa treatments, and a gym with an infrared sauna.

The property's design is being handled by local outfitter LPO Architects in partnership with New York- and London-based studio GrecoDeco. Art deco buffs will swoon for details like oak parquet flooring, custom tilework in the bathrooms, and bespoke furnishings upholstered with 1930s Norwegian motifs. As a hat tip to the storied building's heritage, you'll also find original artwork by celebrated Norwegian artist Per Krohg, such as a giant wall fresco and a ceiling mural showcasing life after the marvelous advent of electricity.

Ready to get the party started? Mosey on over to Ekspedisjonshallen, an all-day dining haunt tucked into the former hall where local residents once paid their electricity bills. There, you'll be welcomed with regular DJ performances and a handsome bar under the watchful gaze of Krohg's mural. Or, opt for Søstre, where you can indulge in afternoon tea sessions (or mimosas galore) served on elaborately designed cake trolleys with frequent classical music concerts creating the aural backdrop.

For more traditional dining experiences, you can try satellite locations of beloved local haunts Barramon, a Spanish tapas and wine bar, and Plah, one of the city's most popular eateries with fare from Norway's "Best Thai Chef'' Terje Ommundsen. The hotel's seventh floor will be home to Tak Oslo, a Nordic-Japanese restaurant by acclaimed Swedish chef Frida Ronge, which will focus on hyper-local, seasonal dishes making the most of Norwegian produce and seafood.

When you're ready to get off the hotel grounds and explore its neighborhood of Frogner, there's no shortage of museums, art galleries, antique stores, and restaurants to scope out, and you're also steps away from Frogner Park, a celebrated green space, and the Vigeland Sculpture Park, which boasts some 200 sculptures by famed Norwegian sculptor Gustav Vigeland.

"Oslo is experiencing an emergence of exciting cultural hubs such as the Munch museum and the new National Museum (opening in June) — both less than a 15-minute walk away — so if travelers decide to seek entertainment off-site, there are so many options at their quick disposal," noted Klein. 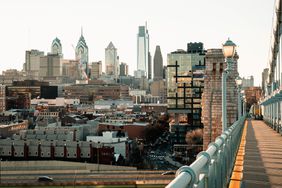