Roost Apartment Hotels is the super-cool brand you haven't heard of yet — but will want to book.

The extended-stay hotel is having a long-overdue renaissance.

Long an afterthought for many travelers, these comfortably outfitted and spacious accommodations are just the ticket for the way more and more people are exploring the world today. But in a nod to, well, taste, they're thankfully getting a design upgrade too.

One brand leading the trend is Roost Apartment Hotels, which already has three locations in Philadelphia. Each of the residential-style hotels offer plenty of space in a selection of studio, one-, and two-bedroom units, kitted out with kitchen gear (including La Colombe coffee) and space for a work-from-anywhere set up. Elegant touches like antique rugs and stylish lighting help brighten the vibe.

"Travelers are increasingly seeking the creature comforts of an apartment such as separate living rooms from bedrooms, washers and dryers, and full kitchens — even if they are only used to make a great cup of coffee, reheat some food, or make a smoothie," said Randall Cook, the CEO and co-founder of Method Co., the development company behind the Roost brand, in an email to Travel + Leisure. "In many ways the pandemic accelerated a few trends in travel that align well with Roost."

To capitalize on that momentum, Roost is planning to open two new properties before the end of next year. The first, slated for early 2022, will occupy three floors at The May, a 106-year-old department store turned residential property in downtown Cleveland. It will feature 62 apartments for Roost guests, who will also get access to building-wide amenities like a rooftop terrace, gym, and a "makerspace," the company says.

Later in 2022, Roost plans to open in Detroit, inside the Book Tower, an iconic downtown skyscraper. The 118-unit hotel will also have two restaurants, a lobby bar, an on-site bakery, and a rooftop event space. It's slated for "the fourth quarter of 2022," according to Bedrock, the Detroit real estate firm that owns both the Book Tower and the Cleveland property and that has partnered with Method Co. on the projects.

"The Book Tower and The May Company Building are two historic buildings that Detroiters and Clevelanders made memories in for generations," said Andrew Leber, vice president of hospitality at Bedrock, in a statement. "As the region continues to grow to be a place where people want to live, work, and play, an extended-stay hotel is the perfect option for those who want to reminisce, are visiting for the weekend, or are looking to make Detroit and Cleveland their home."

Helping to make that happen will be Method Co., a firm that's behind not only Roost but also the sizzling restaurant, bar, and hotel Wm. Mulherins Sons, built inside a former whiskey distillery, and Hiroki, a Japanese restaurant, both in Philadelphia. Method Co. has also opened the Whyle, a furnished apartment concept in Washington, D.C., which is, like Roost, aimed at guests who want to stay longer than a few days. (Whyle — get it?)

The expansion comes at a time when many Americans are spending more time traveling closer to home, says Cook, something that's likely to continue, at least in the near term. "While video calls will replace some one or two night trips, longer trips — like those of four nights, a week, or more — are almost always related to a purpose that can't be accomplished over video," Cook says. At the same time, he adds, "we're seeing a lot more guests who are choosing Roost for a staycation since people are unable to travel overseas as much as they may want to."

That confluence of trends may explain why Method Co. has plans for even more hotels in the coming months and years, including in Charleston, South Carolina; Tampa, Florida; and Wilmington, Delaware. A sister restaurant to the original Mulherins is also in the works for Philadelphia.

"We've not made any changes to our expansion plans as a result of the pandemic," Cook says. "To some extent you could even say we have accelerated our plans." 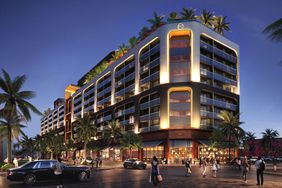 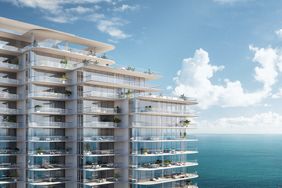 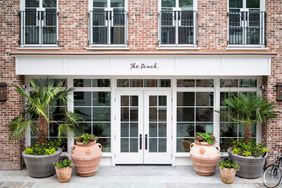