The new name will be announced in early 2021.

The ski resort in Lake Tahoe, announced this week that a new name will be put in place in early 2021 and will go into effect at the conclusion of the ski season.

"With the momentum of recognition and accountability we are seeing around the country, we have reached the conclusion that now is the right time to acknowledge a change needs to happen," Ron Cohen, President and COO of Squaw Valley Alpine Meadows, said in a statement. "We have to accept that as much as we cherish the memories we associate with our resort name, that love does not justify continuing to use a term that is widely accepted to be a racist and sexist slur. We will find a new name that reflects our core values, storied past, and respect for all those who have enjoyed this land."

According to the resort, the term has "long been used as a derogatory and dehumanizing reference to a Native American woman" and was protested against by the local Washoe Tribe.

A team to develop the new name has been assembled. The resort said its new name will reflect "our core values, storied past, and respect for all those who have enjoyed this land," the statement read.

The new name will be announced in early 2021 but will not go into effect until the end of ski season, which could be early June. When the resort reopens for its 2021/22 season, new branding with the new name will appear on all signage, employee uniforms, vehicles, and pint glasses at apres-ski bars.

Famous for hosting the 1960 Winter Olympics, the resort is one of the largest in the country and welcomes more than 600,000 skiers and snowboarders each year. The resort is also famous for its KT-22 chairlift, continually voted among the best in North America for its descent through expert and steep terrain. 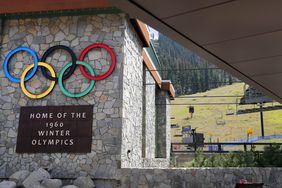 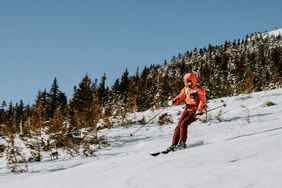