The new Origins Lodge in Costa Rica's northern cloud forest is the perfect place for a warm-weather getaway.

Just hours after landing in Costa Rica, I found myself on a shaded yoga platform at Origins Lodge (villas from $750), in the cloud forest of the country's north. As my teacher, Manuel Guevara, guided me through downward dog and warriors, I began to notice the drama unfolding around me. Blue skies morphed into clouds, then rain, and the soft beat of distant thunder; then just minutes later, the sun returned.

Lime-green parrots darted past, a yellow-breasted toucan emerged from the tree line, and tiny poison dart frogs chirped from hidden corners of the jungle. As I focused on this swirl of life, my jumble of anxieties—flight connections, looming deadlines, and family obligations—seemed to vanish as quickly as the rain.

Moments like these were the very reason I had traveled to Costa Rica in the first place: to take a few days off from my routine by immersing myself in the country's landscapes, more than a quarter of which are protected, and where six percent of the world's biodiversity can be found. Origins, one of the newest properties from the South Africa–based Mantis resort collection, is composed of six hillside lodges and the three-bedroom Villa Vertigo. As I explored the 111 acres of mostly primary rainforest on the property, a multisensory orchestra of howler monkeys, birds, and amphibians surrounded me at all times.

Even while ensconced in my large villa, with its high bamboo ceilings and gauze-shaded bed, I was cooled by the abundant breezes—no air-conditioning necessary. In my outdoor shower, made with local volcanic stone, I washed with bath products made with fragrant ylang-ylang flowers grown on property. I spent an afternoon on my veranda next to a private plunge pool that was heated by a nearby woodstove, listening to birdsong and taking in views that stretched all the way to neighboring Nicaragua.

One of the most luxurious parts of my stay at Origins was the feeling that I had this green landscape and all of its sights, sounds, and even flavors all to myself. On a horseback ride, I took in the rolling green hills that appeared in every direction, and exchanged waves with farmers working their small plots of land next to the property.

Related: 12 Reasons Why Costa Rica is One of the Best Vacation Destinations

Each morning at El Salto Restaurant, where they use local ingredients from their organic garden or cultivated in the wild, I tasted a jam made with locally grown arazá fruit with my toast while gazing out at the pristine rainforest from which it came. The flavor-rich coffee, sourced from an artisanal producer from the area, was prepared for me with a traditional chorreador, composed of a wooden stand and a cloth bag for coffee grains through which hot water is poured.

While setting off on a morning nature walk with my guide, Pablo, we spotted a juvenile sloth climbing down a tree branch before leaving the lodge; later, we came across fresh ocelot tracks on the way to see a waterfall and a centuries-old kapok tree. We came across a perfectly ripe guanabana, or soursop. We plucked the guanabana from the tree and took it back to the lodge in order to taste it at breakfast the next morning.

When Pablo and I encountered an army of bullet ants, which are famous for having the world's most painful insect sting, I watched as he reached down with his hand and allowed one to climb onto his index finger. "When they bite your finger, you can feel the pain going up your arm," he explained as the ant made its way from his finger to his wrist. "But most things here aren't looking to hurt you. They just want peace."

Pablo's words came to my mind later that evening during our night walk, when all of the jungle's nocturnal creatures are in full swing. As we walked into the inky black night, our single flashlights illuminating our path as we searched for sleeping birds and snakes, a frog jumped at me from out of nowhere and bounced off my upper leg. I let out an involuntary shriek. Quickly, though, I realized that I was the one who was in the way—a stranger in this frog's home as the amphibian went about its business. I collected myself, muttered an "excuse me," and continued down the wildlife-filled path. 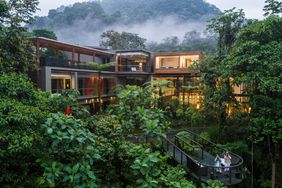 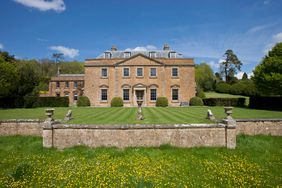 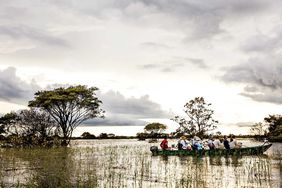 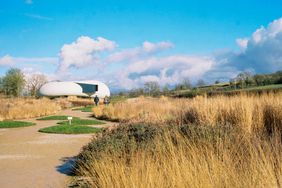 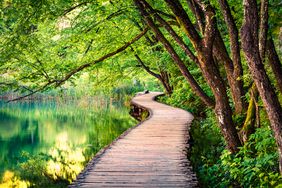