The newest pearl in the Edition Hotels collection.

Brandon Presser earned his stripes as a professional nomad in Paris while working at the Louvre, in Tokyo as an architectural apprentice, and in Thailand as a scuba diving professional. From there, he secured his reputation as an adventure prodigy when he became the youngest person to join the coveted team of writers at Lonely Planet during the days of analog travel. He crossed the globe authoring books and features on far-flung destinations and was awarded both NAJTA and SATW Lowell Thomas prizes for his achievements. Brandon's culture coverage focuses on both luxury and grassroots travel — he is just as comfortable trekking through the backwaters of Borneo as he is on the beaches of Bora Bora. He regularly speaks about socially sustainable tourism and finds that it's the human element of the travel experience that propels him forward and encourages his storytelling both on television and on the page. * 15+ years as a travel writer * 50+ books co-authored (guides and trade and reference titles) for Lonely Planet including multiple books written on destinations such as Iceland, Japan, the Caribbean, Thailand, and Canada * 100+ magazine features penned for top-tier outlets including Travel + Leisure, Bloomberg, Harper's Bazaar, Time, and Condé Nast Traveler * Travel TV personality appearing on dozens of programs from BBC to Katie Couric, to hosting his own show on Bravo * Travel consultant on over a dozen projects for a variety of high-profile hospitality companies * Author of nonfiction adventure thriller "The Far Land" * Received a bachelor's degree in the history of art and architecture from Harvard University * Worked at the Louvre for two years in the communications department, helping launch its international branding campaign (Lens, Abu Dhabi) * 13 years as a professional scuba diver; PADI Divemaster certification

Central Madrid — steps away from Plaza Mayor — is now home to the newest pearl in the collection of Edition Hotels; a necklace of sophisticated, party-prone properties that wraps around the planet from New York to Shanghai. Its Spanish-capital location is the best one yet, offering an unprecedented look at Marriott's playbook as it rapidly expands Ian Schrager's brand: to go, full-throttle, in the opposite direction of its competitors.

While the other big names in hospitality take a stab at downtown luxury using architectural nods to the past, the Edition seeks to become a part of a destination's future with its signature palette of clamshell whites and bouclé creams — thoughtful minimalism — plus winky nods to its surrounds, like mod headboards in the 200 rooms and suites that echo the shape of the porticos outside.

And, unlike the other industry players trying out private club membership models (think: Chateau Marmont or Casa Cipriani), Schrager — who famously founded Studio 54 — is leaning hard into an "all are welcome" mantra, cultivating desirability, not exclusivity within the Editions' four walls.

The price of a cocktail is all it costs to gain access to the Madrid flagship's two supper-club restaurants, both of which eschew jamón ibérico in favor of international flavors. The first, Jerónimo, is the latest iteration of chef Enrique Olvera's imaginative Mexican fare that put Cosme in New York and Pujol in Mexico City on the culinary map. Upstairs, on the fourth floor, Oroya offers flavors from another corner of the Latin world — Peruvian fish dishes and Pisco-forward beverages by chef Diego Muñoz. In good weather, enjoy your ceviche out on the slatted terrace where the signature skyline of church spires, TV antennas, and terra cotta tiles is reflected in the city's largest rooftop pool — designed, like the rest of the hotel, for hotel guests and Madrileños in equal measure.

You will, however, be seduced long before reaching the rooftop — the entrance boasts an architectural flourish that's poised to be the next iconic backdrop on every influencer's 'gram: a stairwell that swirls like a Nike swoosh, leading guests up to the lounge lofted above. It's well worth a glimpse, even if you're not calling the property home while in town, but fair warning: once you start collecting Edition editions, you'll want to visit them all. 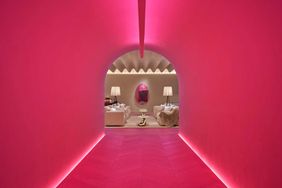 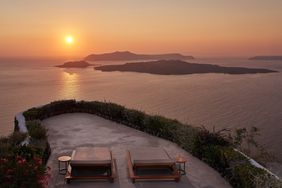 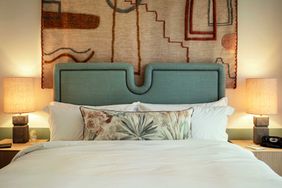 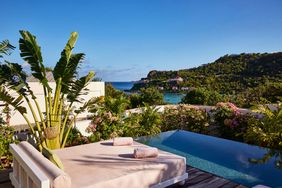 This Hotel on St. Barts Just Got a Makeover — and It's the Most Instagrammable Spot We've Ever Seen 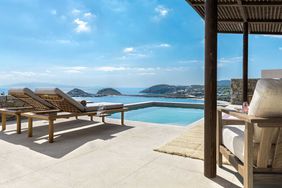 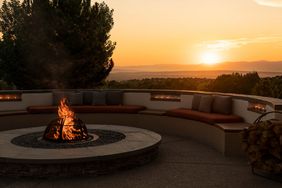 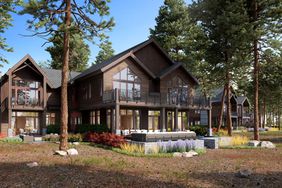 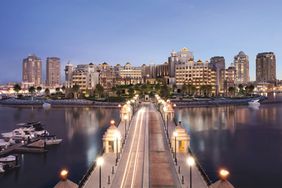 This New St. Regis Hotel Will Open on a Private Island — With 8 Pools, Butler Service, and a Gorgeous Garden 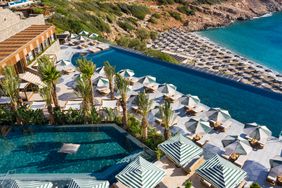