The hotel and the Sands Expo Center was sold for over $6 billion.

The Las Vegas Sands Corp. is selling its signature hotel, The Venetian Resort Las Vegas, and leaving the Strip.

Las Vegas Sands Corp. is selling the hotel along with the Sands Expo and Convention Center for about $6.25 billion, the company announced this week. Robert Goldstein, the group's chairman and chief executive officer, said while the Venetian "changed the face of future casino development," the company now plans to shift its focus to its properties in Asia, including the famed Marina Bay Sands in Singapore.

"This company is focused on growth, and we see meaningful opportunities on a variety of fronts," Goldstein said in a statement. "Asia remains the backbone of this company and our developments in Macao and Singapore are the center of our attention. We will always look for ways to reinvest in our properties and those communities. There are also potential development opportunities domestically, where we believe significant capital investment will provide a substantial benefit to those jurisdictions while also producing very strong returns for the company."

The name of the Venetian, the expo center as well as the Palazzo, will remain, and the company's headquarters will stay in Las Vegas, according to The Associated Press.

The Venetian was first completed in 1999 by Sheldon Adelson — who died earlier this year — as a tribute to the city he visited on his honeymoon, according to the hotel, featuring baroque-­inspired murals and gondola rides on canals that snaked their way through the hotel.

"Sheldon Adelson changed the Las Vegas market with his emphasis on conventions. He put a premium on that," University of Nevada, Las Vegas history professor Michael Green told the wire service.

The hotel will be purchased by VICI Properties while Apollo Global Management will earn the operations rights.

"As we announce the sale of The Venetian Resort, we pay tribute to Mr. Adelson's legacy while starting a new chapter in this company's history," Goldstein said.

Las Vegas has struggled amid the coronavirus pandemic, with the Las Vegas Sands posting a quarterly loss of almost $300 million in January, The AP reported. But there's hope for Sin City: Last month, MGM Resorts in Las Vegas (including the Mandalay Bay, Park MGM, and The Mirage resorts) said it would resume 24/7 hotel operations after temporarily closing mid-week due to a decreased demand. 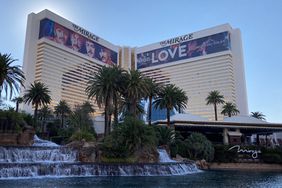 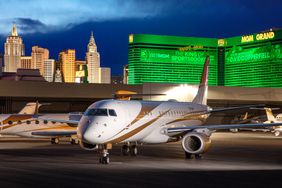 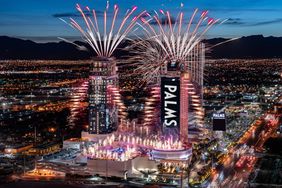 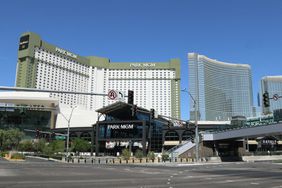 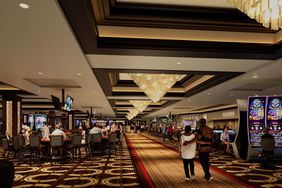 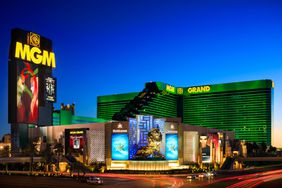 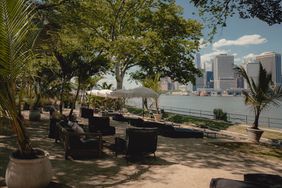